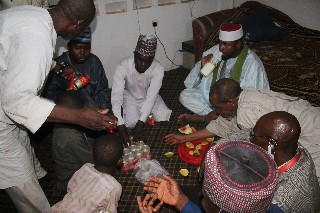 The people of Gombe state have been so lucky for getting three different dividends of democracy in two months period under the administration of Governor Muhammad Inuwa Yahaya.

The first dividend is the approval of over seven billion naira by the State Executive Council Meeting for the provision of solar street lights in all major streets within the Gombe town, the capital of the state.

The Governor is approving the contract sum for the installation of solar poles and panel that provides street light to people of Gombe as a way to boost economic activities and improve security of lives and properties.

In their state executive meeting with Governor Inuwa Yahaya, all the commissioners and other members agreed with the decision and contract as it was said in one of the proverb he who bring light bring life and lights on streets prevent criminal activities by undesirable youths and no hiding places for criminals.

The third dividend of democracy to the people of Gombe state is the decision taken by the state Governor Alhaji Muhammad Inuwa Yahaya while receiving the senate committee on Aviation, who came to Gombe for oversight function.

In their meeting with Governor Inuwa Yahaya, he agreed to move the Gombe Airport to the level of International Airport with collaboration with the Federal government. If the decision is implement, it will boost economic activities and increase revenue to the state.

This opinion is written by Kaduna based analysist and staff of A.B.U, Zaria GARBA ABDULKARIM KUMO.