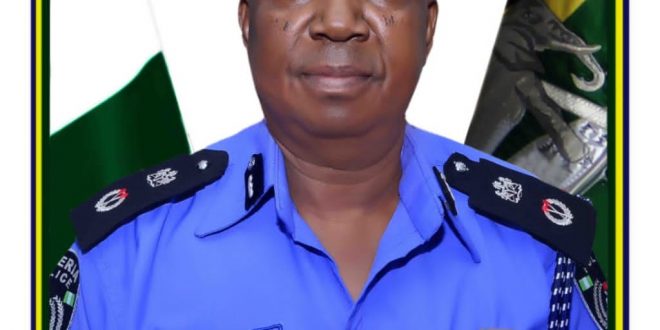 The Bauchi State Commissioner of Police, CP UMAR MAMMAN SANDA, fdc, mnim, psc wishes to condemn in totality, the violence that trailed the protest by students of the Abubakar Tatari Ali Polytechnic (ATAP) in the State.

on 19/07/2022 at about 0900hrs students of the Abubakar Tatari Polytechnic Bauchi State trooped out of their school premises and barricaded the Bauchi-Plateau federal highway, to demonstrate against the school’s decision to embark on two weeks warning industrial strike set to commence today,

The Protestants took a toll on the jos-Bauchi highway thereby attracting some miscreants and hoodlums degenerated into a violent demonstration which involved; the burning of tyres, smashing peoples’ vehicles, damaging properties, extortion of mobile phones and looting some shops situated opposite the school.

A Police team led by the Area commander metro and a Police anti-riot squad rushed to the scene and tried to appeal to the students’ leader, but yielded no positive result.

The students started throwing stones and other dangerous objects at the Police team which led to a serious injury to the Police officers.

The violent protesters were eventually dispersed and normalcy was restored.

To this end, the Commissioner of Police Bauch State Command, CP Umar Mamman Sanda fdc, psc, mnim wishes to inform the general public that no form of violent demonstration or unlawful gathering will be tolerated.

He has consequently re-echoed his order to officers and men of the Command to intensify efforts in resisting and curtailing any act of lawlessness, oppression or intimidation from any group of persons and warned officers to be professional while discharging their duties.

Investigation into the circumstances surrounding the protest has begun, the Command, therefore, wish to urge law-abiding citizens of Bauchi State not to panic but go about their normal businesses and stay away from all forms of criminality.

From Bauchi I am Jamilu Barau