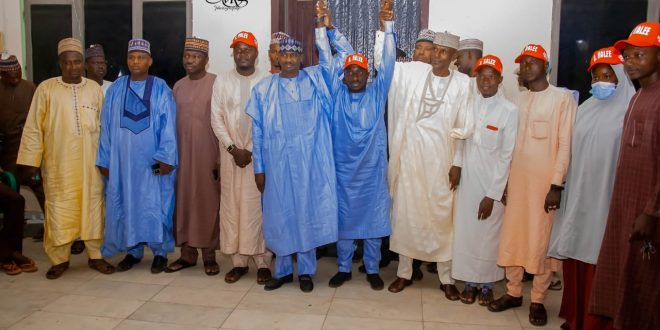 As the race for 2023 has began in Nigeria, PDP in Sokoto State is having a sleepless night as one of the leaders of party’s support Group pulled out of the party.
In a statement Signed by Bashar Abubakar
S.A New Media to Senator Aliyu Magatakarda Wamakko, made available to news men revealed that 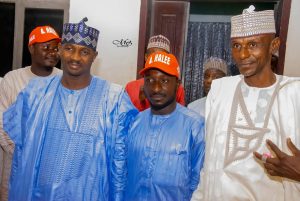 The Chairman of Matawalle Support Organization in Sokoto state, Alhaji Anas B. Waziri, alongside 725 members have defected from the People’s Democratic Party (PDP) to the All Progressives congress (APC).
Alhaji Anas said they decided to throw up their membership of the party as it’s leaders lost control to drive them to the promise land.
Anas further explained that, their exit from PDP is a sign of victory for APC, citing its acceptability across board.
He revealed that, as they joined APC, more PDP members were on the varge of migrating to the APC.
He explained that, APC governorship candidate, Hon. Ahmad Aliyu Sokoto is the best choice for the people of the state as he is always garnering more support and wider acceptance. 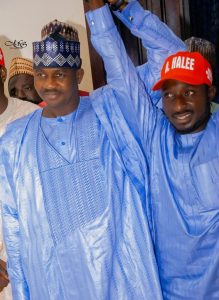 Receiving the defectors, APC governorship candidate, Hon. Ahmad Aliyu Sokoto, told the new entrants that they will be carried along like any other member of the party.
Aliyu reassured that he will run an all-inclusive government, if elected as Governor of the state so as to benefit all and sundry.
Share