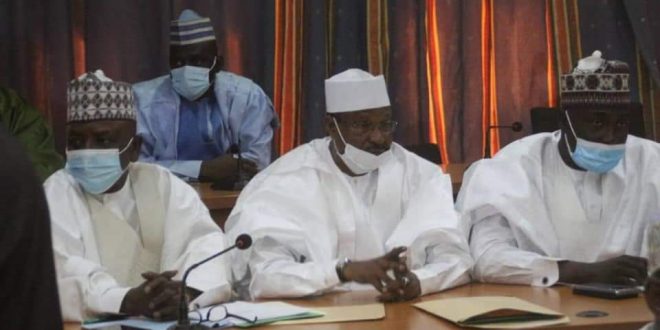 SOSG Earmarks N1.6 B For Projects

Sokoto state executive council has approved the sum of over N1.631 billion for the execution of various projects across the state this year.

In a statement Signes by Muhammad Bello

This was part of the outcome of a state executive council meeting held at Government House, Sokoto on Friday.

A breakdown of the sum shows that the construction of a tarred road from Maruda-Tsaki- Lambo-Gantamo-Gajara will gulp over N475 millon while N221 million will be spent on the purchase of bulk of rural water scheme maintenance materials.

The state Commissioner for Information, Hon. Isah Bajini Galadanchi, who briefed newsmen after the meeting, further gave the remaining breakdown as
the approval of the sum of over N420 million for the rehabilitation of 120 number broken water scheme in the rural areas of the state.

The Commissioner assisted by his Rural Development counterpart, Alhaji Usman Dan Madami Isa, added that the council has also approved the purchase of electrical materials for use in rural areas at the cost of N515 million