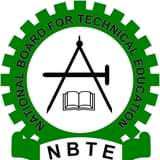 Obviously, the several responses of the Executive Secretary of the National Board for Technical Education (NBTE), Professor Idris Mohammed, in the affairs of the Kaduna Polytechnic has further confirmed the suspicion that he is only out to destabilise the institution. In the responses, he not only failed to absolve himself of the blame for an attempt to disrupt the process of governance in the institution that has been put on him by this Forum and other well-meaning individuals and groups but has also extended his baseless allegations of impropriety to the top officials of the Federal Ministry of Education.

The other features of the responses were the unsuccessful attempt to explain the controversial circumstances of his exit from both the Federal Polytechnic Nasarawa and the National Research Institute for Chemical Technology [NARICT] Zaria as well as a desperation to ridicule the current Acting Rector, Dr Suleiman Umar.

What was most apparent in his statements was the fact that the more he tried to either makes cases for himself or ridicule others, the clearer the weaknesses or even baselessness of his arguments appeared.

This Forum has noticed that Professor Bugaje has already become extremely restless as evident in his incessant attacks on the Polytechnic Management,

Governing Council, Staff and Students Unions as well as the Federal Ministry of Education which he accused of complicity in the alleged perpetration of illegality.

While he accused the Registrar of the Polytechnic for sponsoring this Forum, he also alleged that that the Chairman and Members of the Governing Council and even the top officials of the Federal Ministry of Education were beneficiaries of financial inducement.

However, this Forum wishes to address the issues contained in Professor Bugaje’s responses as follows:

– As the name implies, the Kaduna Polytechnic Stakeholders Forum is made up of credible individuals who, in one way or another, have a genuine stake in the institution and have therefore considered it a collective responsibility for us to draw the attention of the relevant authorities to the clear attempt of the NBTE ES to cause derailment of the administrative process in the Polytechnic.

In fact, the Forum has never consulted with any member of the Polytechnic Management or Governing Council before it embarked on its mission and can therefore not be said to have been a sponsored group.

– Contrary to his claim, the role or function of the NBTE stops at the regulation of the academic programmes of Polytechnics and not intervention or interference in the administrative processes of the institutions.
– The Acting Rector, Dr Suleiman Umar, whom the Professor Bugaje described as a just Chief Lecturer is a renowned academic who has unblemished record as one of the long-serving staff of the Polytechnic and whose capacity for delivery came out quite clearly when, as the Director of Planning, he ensured the accreditation of the academic programmes and, as the Deputy Rector, strengthened the administrative machinery of the institution,
– Moreover, having attained the position of a Chief Lecturer, Dr Umar is qualified for appointment as Acting or even Substantive Rector of Kaduna Polytechnic. In section 8(2)(i) of the Federal Polytechnics (Amendment) Act 2019 which specifies the category of person to be considered for appointment as Rector, it is stated that “qualifications of the persons who may apply for the post shall be a Chief Lecturer in the Polytechnic sector with at least five years experience on that position among other criteria.”

– Apart from being fully qualified for the post or even more qualified than Bugaje who had never been a Chief Lecturer, Dr Umar also played unrivalled role in the stabilisation of the Polytechnic especially during the tenure of Bugaje as a result of which he was given the nickname-Stabiliser.

As we mentioned in our earlier statement, the Present Acting Rector in collaboration with many other key staff of the polytechnic tremendously helped towards the sustenance of peace and stability in the institution at the time.
– Professor Bugaje’s assertion that he never sought renewal of term at Federal Polytechnic Nasarawa appears completely baseless in the face of the fact that, as contained in a White Paper on the report of the Visitation Panel on the institution and which we quoted in our last statement, the government at the time decided that “the second tenure of Dr I M Bugaje should not be renewed.”

The contents of the White Paper have shown that the decision was taken on the basis of the confirmation of some serious allegations against him, one of which was existence of “strained relationship between Dr Bugaje and the immediate community.”

– His revelation that he served as the Director General of NARICT Zaria for five years instead of the four years allowed by law indicated a clear case of illegality.

This Forum not only wants to know wether he was illegally granted one year extension or he deliberately overstayed but also challenges him to explain the reason for the refusal of the government to renew his term.

Finally, we wish to re-iterate our call on President Muhammadu Buhari who is the Visitor to the Kaduna Polytechnic and on whose behalf the Governing Council under our respected elder Senator Mohammed Mohammed has taken the decision to re-appoint Dr Suleiman Umar as the Acting Rector to urgently restrain Professor Idris Mohammed Bugaje from further interference in the administration of the institution. Our Forum is fully convinced that the decision was taken in good faith and in full compliance with certain clear provisions of the Polytechnic Act particularly section 5, sub-section one which provides that the Governing Council “shall also have the power to do anything which in its opinion is calculated to facilitate the carrying out of the activities of the polytechnic and promotes its best interest.”

Previous NIGERIA’S AMBASSADOR TO UN HAILS NYSC ON CONTRIBUTION TO NATIONAL DEVELOPMENT
Next SOSG Signs MoU With Qatar On Education, Others