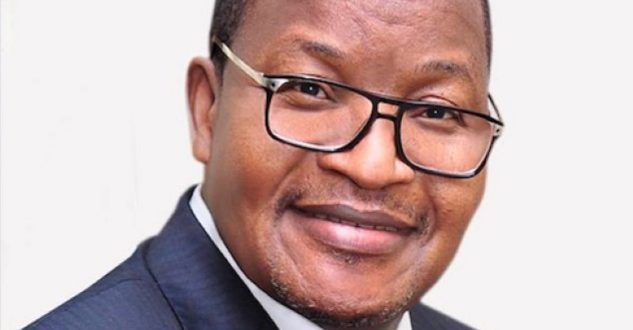 “Integrity,” which is simply defined in a dictionary as “the quality of being honest and having strong moral principles.” Integrity plus transparency and patriotism are some of the many traits of personal character every person should possess and apply in his everyday conduct, privately or in public life.

These sterling attributes guide leaders, or people in position of trust to always focus on genuine service delivery in a way most members of a given polity or community will benefit. The services are rendered selflessly, continously and in an inclusive manner.

It was clear that last week’s inestiture and presentation of a Badge of Honour as an Ambassador for the Economic and Financial Crimes Commission (EFCC), by the EFCC Chairman, Mr. Abdulrasheed Bawa, to the Executive Vice-Chairman (EVC) of the Nigerian Communications Commission, Professor Umar Garba Danbatta, was in recognition of the later’s success in entrenching a culture of anti-corruption in the telecommunications industry.

Being an an agency established to fight corruption and irregularities in the country, it is significant that the EFCC found, recognised and showcased the Dambatta-born Professor of Telecommunications Engineering to the country as an honest person of real integrity.

By presenting that Badge of Honour and making him its Ambassador, the EFCC has strongly validated the belief held by a multitude of Nigerians that the NCC leader is a true role model whose sincerity of purpose and sense of patriotic service to our country should be emulated.

It is appropriate for readers to know that the EFCC regularly monitors Ministries, Departments and Agencies (MDAs) to assess and ensure that the government entities strictly comply with the provisions of the Financial Regulations and related circulars designed to curve misapplication of public resources.

It is certain that the EFCC through routine monitoring has appreciated that the Transparency and Anti-corruption Unit at the NCC was doing its job effectively. This was due to the total support given to the Unit by the EVC. Consequently, the anti-corruption orientation of the staff of the NCC has rubbed off on the professional and strict manner in which the NCC conducts its regulatory responsibility. This in turn ensured that operators in the telecommunications industry comply with the rules, proceedures, processes and regulations that govern the sector.

There are many examples which showed that the NCC management led by Professor Garba Umar cannot be compromised or induced to betray the trust reposed in them. This enabled the Commission to enforce the regulations strongly and penalised violators through fines. This impressed Nigerians and the EFCC.

Eventhough the NCC is not designated as a revenue generation agency for the Federal Government, it has nevertheless remitted more than N463 billion to the Consolidated Revenue Fund of the Federation from 2015 to April 2022, thereby complying with the provisions of the Fiscal Responsibility Commission Act 2007.

The EFCC was not the only agency involved in measuring good governance in MDAs that commended the managment of the NCC led by Professor Umar Garba Danbatta. The Independent Corrupt Practices and Other Related Offences Commission (ICPC) had in 2020 praised the NCC for its consistent compliance with the anti-corruption guidelines and the ICPC Act.

The ICPC ranked the NCC above other departments and agencies of the Ministry of Communications and Digital Economy (MoCDE) in the intra-ministerial agencies’ assessment of ethics compliance and institutional integrity. The NCC outshined others with a score of 81.15 per cent. And in the year 2020, the NCC emerged as the most ethically-compliant in the ICPC’s Ethics Compliance and Integrity Scorecards (ECIS) among 24 regulatory agencies.

The Bureau of Public Service Reforms (BPSR) in 2017 awarded the NCC its top Platinum Award in recognition for the institutionalisation of processes, robust organizational structure, policies and practices that facilitate efficient service delivery by the regulator of the Nigerian telecommunication industry.

Professor Garba Umar Danbatta has received dozens of awards in the course of his glorious public service career in the academia and now at the NCC. His office has a wall full of such testimonials. They are worthy of preservation as they were earned on merit and could inspire generations to engage in service of excellence.

Salisu Na’inna is a commentator on public affairs

Previous Zulum angered by reports of political violence, asks police to arrest culprits
Next SENATOR WAMAKKO CONDOLES WITH PEOPLE OF GORONYO OVER ATTACK BY GUNMEN ON WEDNESDAY