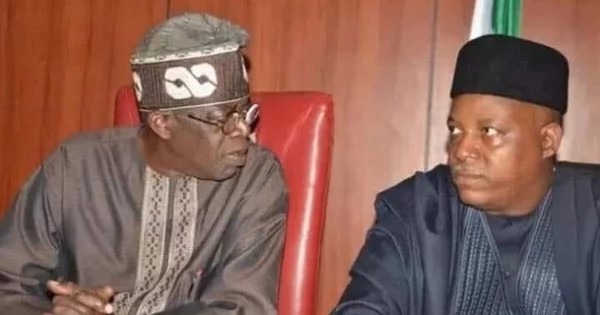 He gave the assurance in a Press Release made available to journalists in Kaduna.

Dr. Nasir Saidu Musa strongly observed that those politically sponsored write ups in the social media in reactions to the Muslim-Muslim of Tinubu/Shettima were an acknowledgement of defeat by other presidential candidates who are scared of the APC Presidential flag bearers at the polls next year.

He assured Nigerians that the Tinubu and Shettima ticket is for the unity, socio- economic and political development of the country.

The Northwest Zonal Coordinator explained that both Tinubu/Shettima have positive records and contributions to the politics and national development which cannot be quantified.

He described Tinubu as real politician with an independent mind who picked One of the best former governors and serving Senators as his running mate despite all the politics of calumny orchestrated by enemies of progress.

Dr. Nasir Musa further stated that Asiwaju Bola Ahmed Tinubu proves to Nigerians that he is energetic and physically sound to serve the country and replicate what he did to transform Lagos state to become One of the strongest cities in Africa in terms of economic growth while he was the Governor.

He also reminded Nigerians of Asiwaju’s contributions to the enthronement of the ruling party, the APC in 2015, and subsequent restoration of hope for the citizens through President Muhammad Buhari.

Dr. Nasir Saidu Musa argued that it can’t be said that Tinubu who nominated a pastor as Nigerian Vice President and also his wife is a Senior Pastor which is like Deputy President as well now be seen as One that will islamise the country.

The Coordinator therefore advised Nigerians to shun politics of religion and accept the decision of Tinubu with a view to collectively move the country forward by voting the duo of Asiwaju/ Shettima come 2023.

The Northwest Zonal Coordinator also advised those that are not satisfied with the decision of Tinubu to stop hiding in a shield of religion to come out and join the political arena to test their popularities.