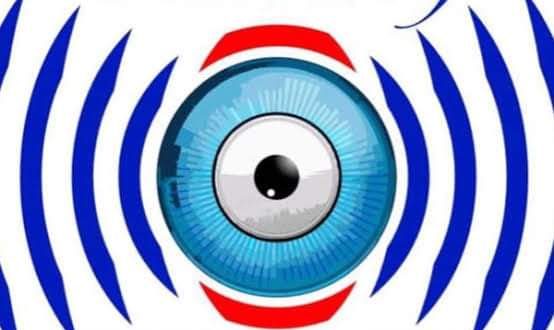 The popular saying among management circle that “employees don’t quit their jobs,
they quit their managers” could not be far more apt as on the prevailing situation in vision FM stations and Farin Wata Television.

Reasons given by those who quit may have varied but they were all united at pointing lack of clear direction and highhandedness of the company’s leadership under the chairmanship of Umar Faruk Musa as principal reasons for leaving.

The phenomenon
which started with Kano where the General Manager as well as 13 other management
and non-management staff withdrew their services soon spread like wildfire to all the
stations.
Thus, pointing to the fact that the company had been sitting on the cage of gunpowder for quite some time but only exploded when the Kano team summoned
courage to challenge the situation.

For those who don’t know, Vision Media Services Limited was incorporated by group of practicing broadcast journalists who mostly had their stint with international broadcast
media. From inception in 2006, the owners left no one in doubt that their vision was to change the face of broadcasting by taking radio beyond entertainment and information to a tool for development.

Hence, the company witnessed proliferation of stations across the regions of northern Nigeria. This is aided by the tremendous goodwill from elites particularly the political class as well as the teeming listeners within the region who lend all visible and invisible supports believing the sincerity of the owners in setting
their vision.

However, soon as the journey began it came out clear that either the founders’ vision was without mission that defines the company’s business, its objectives and its approach to reach those objectives or that the co-founders have abandoned the running of the company to whims and caprices of a single individual who appeared to be the
chairman,Umar Faruk Musa.

To say the least the chairman’s undesirable management qualities could be said to be
responsible for the havoc that wrecked the company of recent. The chairman’s lack ethics and moral compass as well as his tremendous arrogance and self-centeredness
which do not show appreciation or give recognition to employees’ happiness or morale derived the company to its prevailing quagmire.

In vision, the chairman calls the short and he sees employees simply as set of tools to get job done but never to be paid or asked about their personal welfare or even emotional needs. It’s part of the chairman’s habit to hoodwink good hands as managers with all kinds of promises while establishing any station only to renege soon after takeoff. Soon as you take over station one realizes you were on your own.

There is nothing like takeoff or seed funds to start with. In death as in life no package exists for staff welfare in vision. Salary structure does not exist. People are paid stipends that may
not qualify a living wage.

Even at that, the pay may not come at when due. In fact, staff could be in arrears for many months. This is not to talk of things like health insurance or pension schemes.

Employees are further disillusioned or frustrated by lack of independence to carry out both editorial and non-editorial responsibilities. In this connection it’s the chairman’s common practice that at the slightest of a problem in any of the stations he will jumps in and takes over running of the station directly.

For instance, the chairman had made it so difficult for some of the stations to the extent that, minor things like routine repairs, controlling of drivers or purchase of fuel or handling of editorial functions such as
programme ideas and choice of guests on radio/television shows have to be approved
by him from Abuja.

This attitude which treats employees including management staffs
like school children has not only resulted in killing initiatives and loss of productivity but also stippled growth of the stations and their management thereby making meeting
goals or targets for the managers a mission impossible.

Furthermore, lack of clear or realistic direction that clearly defines employee’s responsibilities, duties and obligations in the form of operation manual has led to
confusion amongst staff on one hand, and the company owner(s) on the other who set
unrealistic expectations with no guidance. This despite all efforts by some spirited
management staff to produce drafts of the company’s operation handbook and editorial
policy.

In essence, leadership of the company demonstrate bad management in every
perspective, were the chairman in particular avoid tough conversations with his top management. Rather than fostering a collaborative environment opening doors for the
management to ask questions or raise concerns or bring new ideas or even make
constructive criticisms, the chairman set a tone pretending to be too busy or even too big to converse with station GMs.

While playing the ostrich however the chairman will stoop too low to engage a far too junior employee in gossip about their bosses.
This coupled with his attitude of not listening and responding to feedback has resulted
into a number of important issues often remaining unresolved.
He dominates every issue with his own explanations or opinions which mostly do not
proffer solutions to issues at stake but complicating them even more. This arrogant and
know it all posture did not only alienate staff but also made the company missed out
opportunities to improve things.

The chairman’s haughty posture further denied the company the opportunity to tap from the highly educated, vastly experienced and skilled erstwhile GMs who are more professionally sound than him to do the job.

Often the GMs prefer to remain silent on issues as they feel uncomfortable speaking with the chairman for fear of been molested. Those who dare bear their minds risk being witch hunted through a quack auditor. At times he would not mind going to any length
including using unscrupulous ‘state agents’ to harass, intimidate or even get a staff incarcerated.

Even if disenchanted, GMs could not voluntarily leave as Umar would not let anyone go without finding one excuse to either blackmail him from going or denied
him his legitimate entitlements.Thus, a modern form of slavery emerges at vision.

While great leaders make the hard choice and self-sacrifice in order to enhance the lives of others around them, Umar ruled with fear, believing that employees were only lucky to have a job. So continuously he threatens stations with pay cuts or staff
rationalization.

Within six months after takeoff of stations Umar would come with demands for salary and staff rationalizations. In fact, Covid 19 provided fertile ground
for him to further impoverished vision workers as he cut their meager pay by 50% and is yet to return to status quo despite pledging to do so after lockdown. The consequence
of all these on the vision contents can only be imaging.

As a corporate citizen, Vision Media Services under Umar is not only in breach of most sections of the company and Allied matters Act regarding statutory requirements and
obligations but is run in contravention of national and international labour laws relating to workers’ rights and welfare.

It’s instructive therefore to urge the Nigeria Labour Congress (NLC), the Federal Inland
Revenue Service (FIRS), The National Broadcasting Commission (NBC), the Nigeria Union of Journalists (NUJ) and host of other regulatory and labour groups to investigate
the myriad of abuses been perpetrated by the company against the laws of the land and
on innocent people who by provident found themselves dealing with it.

Journalism entails a high degree of public trust. To earn and maintain this trust, it is morally imperative for every journalist; and every news medium to observe the highest
professional and ethical standards. It therefore behooves on every stakeholder to ensure that what is happening at Vision does not erode public confidence on the industry. Stitch in time saves nine.