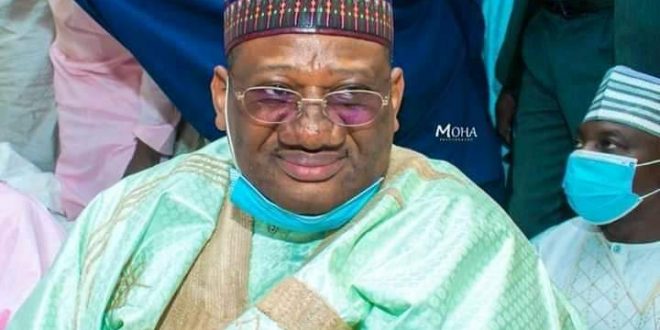 The Chairman of the Senate Committee on Defence and Deputy Chairman, Senate Committee on Anti Corruption, Senator Aliyu Magatakarda Wamakko, has felicitated with the former Transport Minister, Alhaji Yusuf Suleiman,as the new Chairman, Governing Council of the National Agency for Food, Drugs Administration and Control ( NAFDAC), by President Muhammadu Buhari.

The former Governor of Sokoto State expressed optimism that, with the tremendous wealth of experience of Alhaji Yusuf Suleiman , the all-important Agency was destined for more greatness

Wamakko, who represents Sokoto North Senatorial District, further described the new NAFDAC Boss as an erudite, tested and trusted Technocrat whose penchant for hard work, diligence and commitment was impeccable.

” I have no fear that, with his acumen, Alhaji Yusuf will again in making the Agency, the envy of all,” Wamakko, added.

Wamakko has also congratulated Alhaji Garba Umar Kyadawa, a former Special Adviser on Rural Electrification during his administration, who has been  appointed as a National Commissioner, National Hajj Commission of Nigeria ( NAHCON), by President Muhammadu Buhari.

The former Sokoto State Governor also expressed optimism that, Kyadawa’s reputation as a committed and dedicated person will serve as a good omen to NAHCON.

” I am sure that, he will deploy his wealth of experience to bear on the acitivities of the commission, especially Annual Hajj and Umrah exercises,” Wamakko, added.