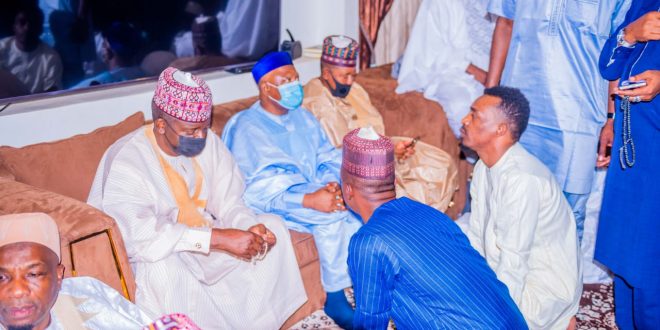 Zamfara State All Progressives Congress APC under the leadership of Hon.Tukur Umar Danfulani today paid a condolence visit on Governor Bello Mohammed Matawalle in Abuja over the death of his mother-in-law, Hajiya Fatima Ahmed Grema who died on Thursday, as a result of a brief illness.

In a statement Signed by Yusuf Idris Gusau
APC Publicity Secretary Zamfara State made available to journalist revealed that. 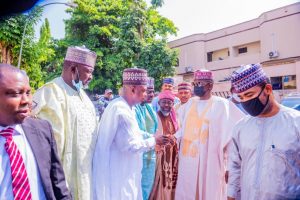 The APC Chairman, Alhaji Tukur Umar Danfulani extended the heartfelt condolences to  the entire APC family in the state and prayed Allah to reward the departed soul with Jannatul Firdaus and give her family the fortitude to bear the loss.

Honourable Tukur Umar Danfulani described late Hajiya Fatima Ahmed Grema as a high disciplinarian who spent her life in the worship of Almighty Allah and the training of her children.

He added that she exhibited a life worthy of emulation through patience, tolerance, honesty and above all, Allah’s worship.

Danfulani further said her death is a great loss and very painful but the manner in which she died was a sign of good exit and God has answered her good deeds.

Late Hajiya Fatima Ahmed Grema is mother to the wife of Zamfara State Governor, Hajiya Aisha Bello Matawalle, she died at the age of 50 years and is survived by five children. 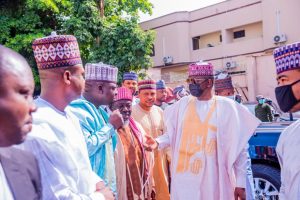 Responding, Governor Bello Mohammed Matawalle thanked the Zamfara state chapter of the APC leadership under Honourable Tukur Umar Danfulani for the concern and love shown to him and his family in their trying time which was extended to the families of his wife.

He described the visit as a genuine love and care for the sake of Allah that will go a long way to improve brotherliness. 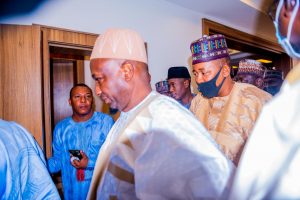 Governor Matawalle also extended same to the people of the state who stood by him since the news of the death broke and prayed Almighty Allah to reward everybody abundantly.