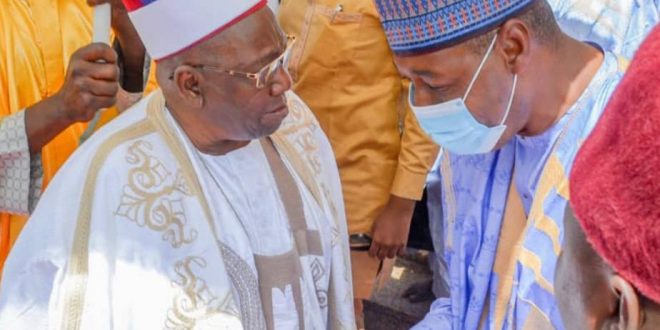 In a statement by his spokesman, Malam Isa Gusau, the Governor said the humility and modesty of the Shehu has made his anniversary to be less noticed and less celebrated across the country.

“It is with so much pride and a cherished honour, that I, on behalf of Government and the good people of Borno State, celebrate our royal father, His eminence the Shehu of Borno, Alhaji Abubakar Ibn Umar Garbai Al-Amin Elkanemi, CFR, on his 13th resilient year on the exalted throne of the Borno emirate, since he ascended the throne in March 2009. 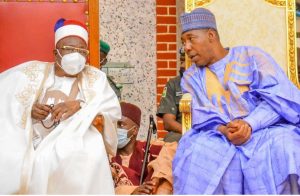 I have observed over time, that the Shehu’s anniversary has largely been less celebrated in comparison with other traditional institutions nationwide. This, to my mind, is because of the Shehu’s modesty and humility.

The Shehu, I think, ought to be celebrated much more, because unlike us holding public offices on temporary basis of few years, the Shehu’s office is the permanent symbol of Borno and that symbol should be our pride as sons and daughters of Borno.

Individually and institutionally, we, on annual basis, place goodwill messages in the media, to celebrate birthdays and anniversaries of other eminent personalities.

We should do more and do so deliberately, in celebrating the Shehu of Borno, more so that the Shehu has with his resilience in the face of our challenges, proved to be a true leader, one that stays with his people at all moments – good or bad. I celebrate the Shehu today and always, and I pray that Allah continues to strengthen him in sound health, in his abiding faith, in wisdom and selfless leadership. Aamin” Zulum said, as quoted by Malam Isa Gusau.