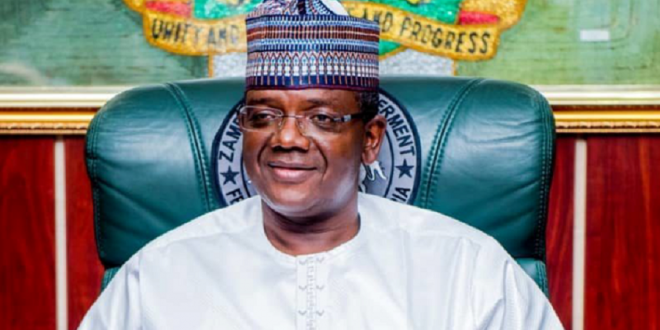 The Zamfara State Old Party Exco Forum under the Chairmanship of Malam Shuaibu Isah Mafara and the Nasiru Mu’azu Magarya Foundation in Support of Belmat 2023 chaired by Nasiru Abdullahi Kanwa have pleged to untiringly mobilize support for the success of the present Matawalle adminisrration in Zamfara and his continuity in office beyond 2023.

The leaders of the group led their members separately today to the state APC Secretariat to receive the blessings of the party Chairman, Hon Tukur Umar Danfulani and his State Working Committee for their mission.

The leaders said, their decision was reached along with thousands of their followers as a result of the good leadership provided by governor Bello Matawalle for the unequaled growth and development of the state.

They promised to do their best in mobilizing more support for the governor and the party using the governor’s achievements as a yardstick..

Also, the Sabon Fegi of Galadima Ward Elders under the Chairmanship of Malam Ibrahim Yusuf was today at the APC State Secretariat to express the members’ solidarity to the party leadership under Hon Tukur Umar Danfulani and preparedness to work for the success of governor Bello Matawalle’s present administration and beyond 2023.

The elders were happy with the way and manner the party chairman is handling the affairs of the party, taking care of all the people of the area and the respect he is exhibiting to all the elders.

The people of Sabon Fegi are proud to have the chairman as their son making it imperative on them to support and encourage him to succeed.

The State APC Chairman, Hon Tukur Umar Danfulani while expressing happiness over the visit, promised to be fair and just to all loyal members of the party.