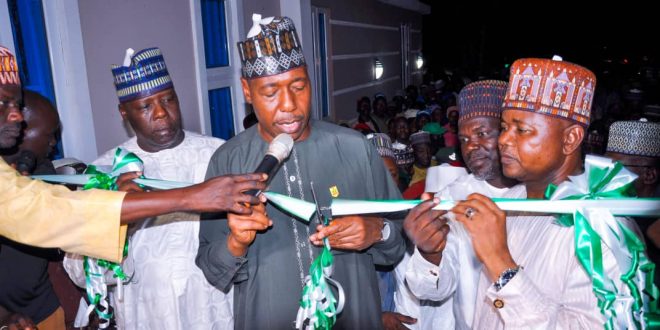 In continuation of his tour of southern Borno, Governor Babagana Umara Zulum on Tuesday commissioned a Government Technical College and  a primary healthcare centre in Mbalala village of Chibok Local Government Area. 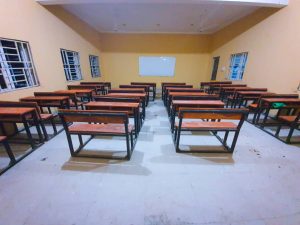 Zulum departed Maiduguri on Sunday, passed the night in Chibok and commissioned the remodeled Government Secondary School, Chibok,  moved to Damboa on Monday, passed the night there and supervised distribution of food and social protection cash to displaced families on Tuesday. The Governor then returned to Chibok same Tuesday for the commissioning of the college and health centre in Mbalala before moving to Askira town in Askira-Uba Local Government Area to pass the night.

Meanwhile, during his activities in Damboa on Tuesday, the Governor assessed ongoing construction of 500 low cost houses to be used for resettlement of some families displaced by Boko Haram.

Also in Damboa, Zulum was at Government Technical College where the state government has completed the construction of 20 classrooms.

He was also at the Damboa police divisional headquarters and police personnel quarters, which was recently rehabilitated by the state government.

Governor Zulum also inspected the ongoing construction of Damboa- Chibok road on which Borno’s commissioner of works, Arch. Yerima Saleh, gave update, that the project was at 75% completion stage. 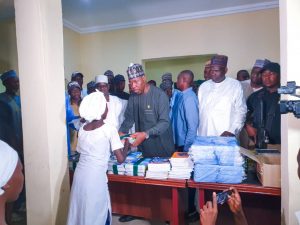 Zulum is being accompanied in the ongoing tour by the Senator representing Southern Borno, Muhammad Ali Ndume, state chairman of APC Ali Bukar Dalori and members of House of Representatives, Usman Jaha and Dr Haruna Mshelia whose constituencies were being visited, as well as other top government officials from Southern Borno.