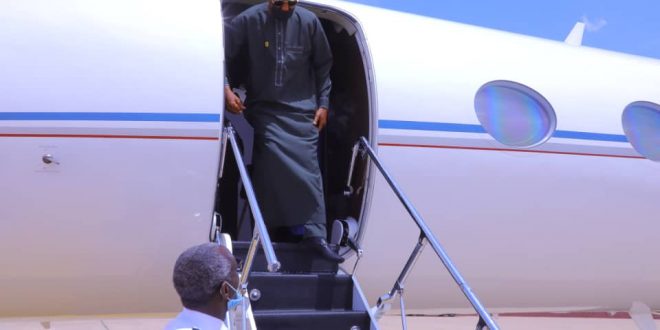 Borno State Governor, Babagana Umara Zulum has resumed work after 21 days vacation, during which he transmitted power to his deputy, Umar Usman kadafur to act as Governor.

Addressing thousands top government officials, party leaders and supporters, the governor assured that his administration’s top priority will remain the restoration of peace in the state to enable the revival of mass livelihoods through agricultural and other businesses.

Our correspondent reported that Governor Zulum embarked on a vacation from April 29 to Wednesday May 19, 20121.

Zulum had before his departure, written to Borno State Assembly, requesting that his Deputy, Kadafur be given full constitutional powers to take decisions without recourse to him (Zulum), to which the assembly granted.

Zulum’s request was in compliance with provisions of section 190 (1) of the constitution, his letter to the assembly had noted. 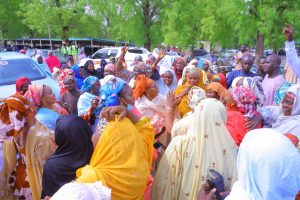 Zulum while interacting with journalists also revealed that in the next two years of his tenure, government will focus on the recruitment of more teachers and health workers to address demands of the increasing population in the state.

The Governor said, the recruitment is to provide effective service delivery in the healthcare sector and education.