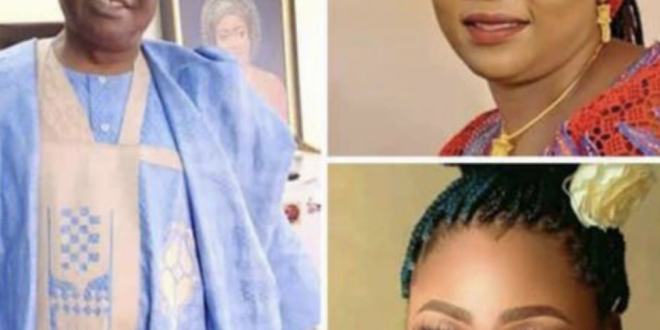 Comrade Adamu was an exemplary leader and a pillar of his community, who lived as a
champion of peace.

Kaduna State Governor, Malam Nasir el-Rufai expressed this in a condolence letter, addressed to the family of late Comrade Silas Adamu who died alongside his wife and daughter last week Monday in a ghastly car accident along Kaduna-Abuja Highway.

According to the letter signed by Commissioner, Ministry of Internal Security and Home Affairs
Kaduna State, Honourable Samuel Aruwan, dated March 16, 2021, the Governor said he received the news of his death with shock.

“The Governor of Kaduna State, Malam Nasir el-Rufai, on behalf of the Government and people of Kaduna State, received with the deepest shock, news of the death of Comrade Silas Adamu alongside his wife Mrs Silas Adamu, and daughter, Joyce Kubai Adamu, in a
tragic accident on the 8th of March 2021,” it said.

el-Rufai said that Comrade Silas Adamu’s peaceful and examplary nature made him earn the trust of many.

“It is no wonder that he earned the trust of his peers across various spheres of endeavor, as Secretary General of the Medical and Health Workers Union of Nigeria, President of the Atyap Community Development Association and President General of the Tsaunin Kura GRA Residents Association.

“He was exceptionally gracious, receptive and gave extensive cooperation to the Kaduna
State Government in the peace efforts initiated in various communities, to extraordinary
effect,” el-Rufai said.

He added that his loss will be felt acutely.

“Our highest tribute now, is to ensure that his outstanding work of peace is carried on to ultimate success.

“The Government of Kaduna State mourns with you on this painful, multiple loss, and prays for the Almighty God’s comfort on your entire family.

“May God grant his soul, and the souls of his dear wife and daughter, eternal rest”.

“Please accept the heartfelt condolences of the Governor of Kaduna State, as well as the
entire Kaduna State Government,” it added.