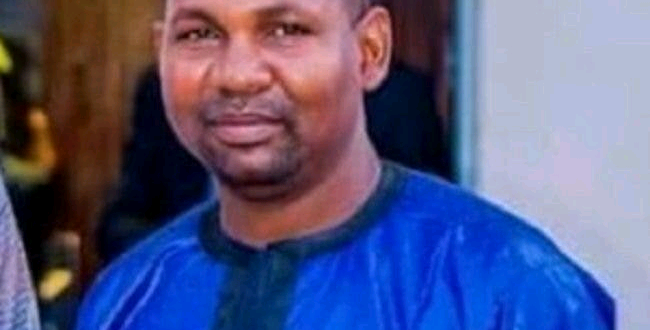 Some unscrupulous elements and mischief makers have refused to heed to last Friday’s Statewide Broadcast and appeal by His Excellency, Governor Bello Mohammed Matawallen Maradun for the good people of the state to come together and find ways of saving the over 300 female students of the Govt. Girls Science Secondary School, Jangebe in Talata-Mafara LGA from the wicked grips of criminals who abducted them from the school in the early hours of the fateful Friday.

It is worthy of note that His Excellency had passionately said this time is not for trading blames but the mischief makers rather saw the call as a way of further attacking the positive effort of his excellency in trying to bring everyone to save our daughters from this traumatic situation.

The governor’s appeal must not however be seen as a weakness because he has the strong support and prayers of the generality of Zamfara populace and is confident that the abductees will soon regain their freedom and reunite with their respective families.

The chalatants should also know that the law will catch up with anyone found to have a hand directly or indirectly in the state’s security challenges and when found, such persons or groups, however highly placed, should be ready to face the consequences of their actions.

It is highly disheartening to see a statement emanating from the Caretaker Chairman, Alhaji Lawal M. Liman of the opposition APC trying to heat the polity by describing what happened as the fault of the governor as if His Excellency had a premonition on the abduction. Or is it that he is still vexing over his inability to bond all members of the APC together which is making them defect to the PDP and Matawalle where they have more hope in the realization of a better Zamfara.

Blinded by his opposition tendencies and not seing anything good in the PDP and Matawalle led administration, the APC chieftain has forgotten that the security of the country is wholly under the federal government with states only providing supportive and or complementary role, a development which at one point forced the former APC governor of the state, Alhaji Abdulaziz Yari Abubakar to declare that he was not in charge of the security of Zamfara and abandoning his sworn protection of the people’s lives and property.

Moreso, if this latest development had any failure, it should be noted and explained to Lawal Liman that he should first comment and defend all similar abductions which occured in APC states including Chibok in Borno, Dapchi in Yobe, Kankara in Katsina and Kagara in Niger which are all under APC leadership making one to suspect that the likes of Liman are trying to hide under the PDP to cover their poor leadership.

I also wish to draw the attention of critical minds on the video that went viral of APC supporters and members jubilating over the kidnap of the Jangebe girls because they were driven by political sentiments and forgetting what trauma the students, their parents, the Zamfara government, the federal government of Nigeria and good people all over the world felt and were going through during the abduction.

Yet, these same kinds of people want to return to power in Zamfara, using every opportunity to castigate government even though it is not time for politicking but time for sober reflections. It is still fresh in the minds of Nigerians and Zamfara people that when the APC was in power, hundreds of people were killed at once with the governor hardly staying in the state when his people lived in perpetual fear.

Thanks to God that citizens know that relative peace has been achieved in the state and so like governor Matawalle charged, these mischievous minds should bury their ill feelings and join the present administration under governor Bello Mohammed with a view to saving the state from the fangs of criminals.