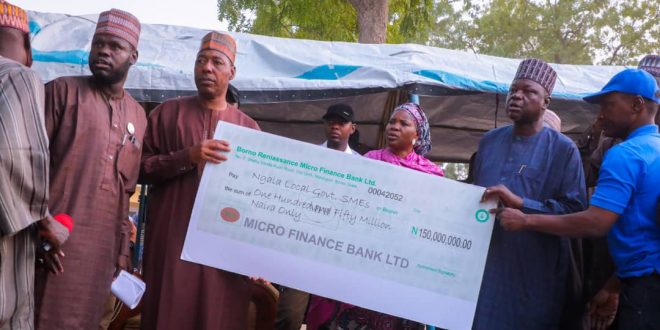 Governor Babagana Umara Zulum on Saturday in Gamboru, supervised the disbursement of N343m and varieties of food to ad part of economic, and humanitarian intervention to residents of the boarder community in Ngala local government area of Borno State. 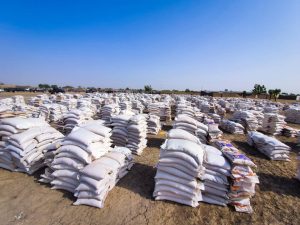 Gambooru shared boarder with Cameroon through which Chad and Central Africa are reached by road.

The N343 combined the sum N150m distributed as soft loan and grants to small and medium scale traders, and N193m disbursed to 48, 700 vulnerable residents.

Governor Babagana Umara Zulum arrived Gamboru on Friday, after passing two nights in Dikwa, and on Saturday, he flagged off the disbursement of N150m to traders. 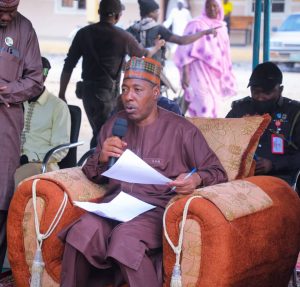 Zulum personally took time to verify the list of beneficiaries, explaining that his action was to ensure only deserving persons were allotted the loans, which aim to stimulate the local economy. 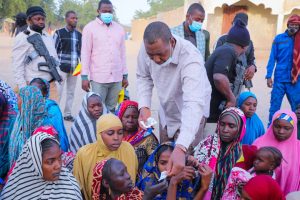 The Governor explained that, the loan/grant with refundable period of four years, was meant to resuscitate businesses and livelihoods destroyed by the Boko Haram insurgents in communities of Gwoza.

As he explained in Biu and Gwoza where similar disbursements were made weeks back, Zulum emphasized in Gamboru, that any beneficiary that is able to repay 50% his or her loans within record time will enjoy waver of the balance of 50%, while those who deliberately fail to repay within the dateline will be made to repay 100% of what they received as loans and grants. 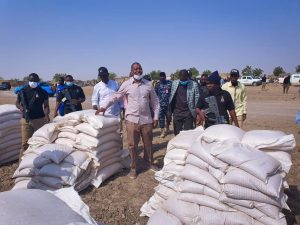 Combined total of 48,700 residents received cash and variety of food items during the Governor’s humanitarian trip. 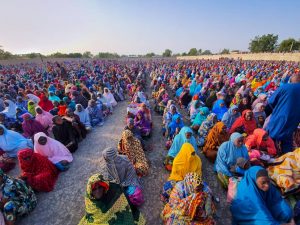