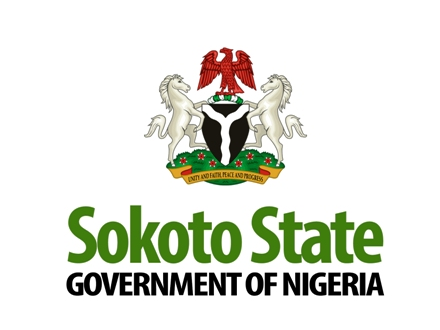 In an effort to curtail and put a stop to the alleged violence activities been reportedly repeated in some parts of Sokoto State, the Member Representing the Largest Federal Constituency and the Economic and Security Gateway of Bodinga Dange-Shuni/Tureta, has called on the Minister of Police affairs, IGP and other relevant security agencies to take prompt action by investigating the APC flag bearer of the Constituency.
In a statement issued to newsmen on Monday 21st Nov. 2022, Hon. Balarabe Shehu Kakale (MHR), explained that there’s the need for an urgent intervention by the security agencies considering the level at which the APC flag bearer of the Constituency is taking things in a different way.
Kakale added that, “It seems the young Nasiru Shehu Bobo is carving an inglorious reputation of Violence and Lawlessness on to himself and his name within a short period of his political experimentation, saying that the political violence has become the second name of the APC flag bearer within a short period of time”.
He said, “the latest round of such violence happened just yesterday Sunday 20th Oct 2022, when he visited Tureta LGA and which resulted in the unfortunate death of 2 innocent young  people vis YAHUZA ABUBAKAR (18yrs) and TSALHA  HARUNA (35yrs) and left RABO HANTSI DABO and BELLO ABDULLAHI and dozens of others with various degrees of life threatening  injuries.
“In his characteristic specter of violence and abuse of Security Agents, hence he always drops the respected names of the Hon Minister of Police Affairs Alh Muhammadu Mai Gari Dingyadi (Katukan Sokoto) and the IGP Usman Alkali Baba(CFR) as having given him full Security/Police privilages as a contestant, he orders Security Agents in his convoys to shoot at delegates, illegally arrested and detained people at the APC primaries held on  May 28th 2022, resulting in gun shot injuries to at least 3 people and other wide ranges of destruction of properties and businesses in Bodinga.
“Again on 13th July 2022, during the House of Assembly re-run primary election in Bodinga, ‘Bobo’ in his usual violence and Security Agents abuse and  trigger  itching behaviour played a central role in mobilising security agents to distrupt and disperse delegates using excessive force, firing of live rounds, tear gas  and illegal arrest and detention leading to multiple injuries and chaos in business environment of the commercial city of Bodinga.
“Again sometimes in August 2022, Nasiru Shehu (Bobo) ordered  the beating and detention of youths by Security Agents attached to him when he  visited the Palace of District Head of Bodinga. It took the timely intervention of the  District Head of  Bodinga and other Communìty Leaders to restore calm in the commercial town of Bodinga.
“All these incidents are not mere allegations as they are well documented and verified by  the communities involved the SSS and other security institutions and stakeholders.
“I wish he could have a rethink and play politics by the rules as done by all other dozens of young and youthful Sokoto state politicians (across party lines)  contesting various positions to serve the good people of Sokoto state. Honour, Diginity, Peace and Piety is Sakkwato and that is who we are as Sakkwatawan Shehu and not any other thing otherwise.
“Bodinga/Dange-Shuni/Tureta are a peace loving and law abiding people and are calling on all authorities concerned particularly the Hon Minister of Police Affairs and the IGP (A nonpartisan Public officer)  (Whose names Nasiru Shehu Bobo always drops when committing political violence), our Traditional and Religious Leaders, the Commissioner of Police, the SSS, NDLEA Sokoto state and relevant ACs, DOs and  DPOs of the Fed Constituency to immediately investigate the violent political and law breaking activities of Nasiru Bobo.” According to him
Hon Balarabe of People’s Democratic (Part PDP), urge the relevant authorities to call him to order and  enforce the relevant extant laws to avoid further degeneration of the fragile peace and order in the constituency that is already reelling in the pains of the havocs of Banditry, Kidnapping, Cattle theft and other crimes.
Finally, the incumbent member of the Bodinga/Dange-Shuni/Tureta Fed. Constituency, Hon. Balarabe Shehu Kakale reassured that those who take pleasure and pride in political violence, maiming and killing of innocent citizens of Sokoto state should surely await their day in Court!
Share