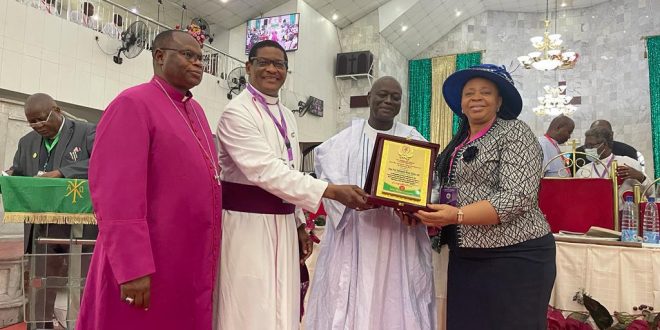 At least six hundred clergies, amongst them 20 Archbishops, 144 Bishops, and hundreds of reverends converged in Port Harcourt, Rivers State, where the church of Nigeria (Anglican Communion) honoured Borno State Governor, Professor Babagana Umara Zulum, with a “prestigious award for courageous and purposeful leadership in challenging times”. 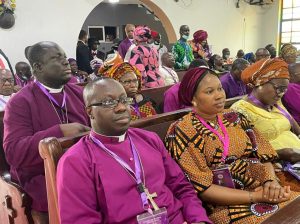 Nigeria’s head of the Anglican church, Most Reverend Dr. Henry Ndukuba, whose title is the Archbishop Metropolitan and Primate of All Nigeria, presented the award to Borno State’s Head of Service, Barrister Simon Malgwi, who represented Governor Zulum at St Andrews Anglican Church at Rumuobiokani in Port Harcourt. Malgwi is the first Christian in Borno’s history to be appointed Head of Service (by Governor Zulum in November, 2019).

Zulum’s award (and those of three other recipients) was one of the main events at the Anglican Communion’s bi-annual meeting of its “Standing Committee” usually attended by Bishops, and delegates from the 165 dioceses in the Church of Nigeria, representing the clergy, laity and the women ministry of the church”. The meeting began on February 20, 2022, but the official opening held on Wednesday, February 23 (being the award day) while the meeting is to end February 24. 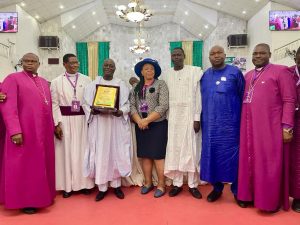 “This award supersedes religion. We are tired of leaders that are not responsible and that is why we the Church of Nigeria Anglican Communion deemed it fit to honour those who have excellently proven themselves worthy in serving their people: Our intentions are to bring to the fore the selfless service of leaders in such a trying time and Governor Babagana Zulum of Borno State stands out”, Primate Ndukuba declared amidst ovation in the church.

“Professor Babagana Zulum is a true leader, worthy of emulation and we are proud to have him among leaders in the country. He has been attacked severally while discharging his duties but he continued to show zeal and passion to bring hope to the state that’s suffered 12 year insurgency. We pray God to continue to guide, protect, bless and uplift Professor Babagana Zulum now and always” added the most reverend.

Governor Zulum, speaking through Head of Service, Malgwi, thanked the Anglican communion for the award, which he said, came to him as a pleasant surprise.

“I have received several awards but this one is very special because it came from clergy and it came from a church to one that is not a christian and your decision speaks volume of the objectivity and sincerity of purpose of the award. I very much cherish and value this award” Zulum said, as conveyed by the Head of Service.