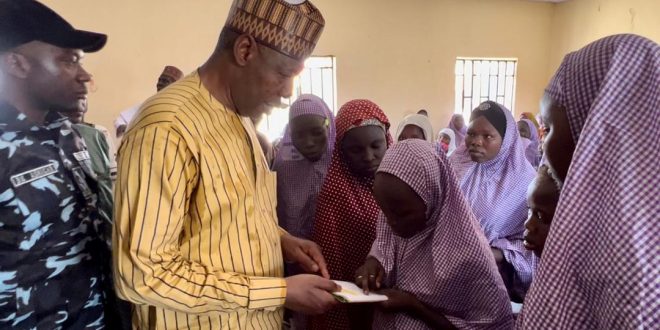 Borno State Governor, Babagana Umara Zulum, on Thursday travelled to Malam-Fatori, the headquarters of Abadam Local Government Area, located along the shores of Lake Chad in the northern part of the state.

During the visit, Zulum paid a surprise visit to Malam-Fatori Central Primary School and carried out an aptitude test on about 100 students at the Junior Secondary School section of the primary institution.

The governor found out that 95% of the students admitted could not read, while only seven said they could.

The governor was visibly worried about the quality of teaching especially after he found out that of the 224 teachers on the payroll of schools in the LGA, only six were on ground and none of them had teaching qualifications.

Zulum’s personal finding on Thursday tallied with a report presented to him in February, 2022, which assessed quality of primary school teachers across the 27 Local Government Areas of Borno State. 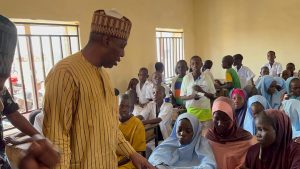 The report had categorized Abadam with headquarters in Malam-Fatori as having the worst indices because out of 224 teachers assessed, only 14 were deemed fit to teach in primary schools, and none of the 14 were at the school during the governor’s visit on Thursday.

Meanwhile, according to the report, 70 out of 224 teachers across Abadam LGA were found trainable, while 140 were untrainable and unqualified to teach.

Zulum, at the end of his findings at Malam-Fatori Central Primary Schools, gave a directive for drastic measures to be taken, including deployment of qualified teachers and the retraining of 70 teachers found to be trainable across the LGA.

The governor promised government’s support to encourage the 70 teachers to return to colleges to acquire required knowledge and teaching skills.

Professor Zulum said moving some of the pupils is aimed at mitigating the impact of the poor learning environment, pending firm measures.

After dealing with school assessment, the governor supervised the distribution of cash to 600 families (households) who had returned to Malam-Fatori for resettlement.

Each male heads of households received N10,000 and their wives and females relatives each received N5,000.

Before Zulum’s arrival, food items comprising rice and maize grain were distributed to each of the households some weeks ago while another batch of the same food items is planned for distribution next week.

The food aid according to the governor was to sustain the returning families until the end of the rainy season when most of them are expected to harvest food crops currently growing in their farms.

Zulum extensively interacted with the returned community members who were refugees in Niger Republic.

He took note of the problems they highlighted and directed relevant government agencies to address them immediately.

Malam-Fatori was a stronghold of Boko Haram from 2014 until last year when it was fully liberated by the Nigerian military.

Zulum ordered reconstruction works and together with community stakeholders, directed reoccupation which began with the first batch of 600 households returned in March 2022.

Governor Zulum said Borno State Government was working with security agencies and other stakeholders to voluntarily and safely return more refugees living in Bosso and other parts of the Niger Republic to Malam-Fatori for dignified resettlement. 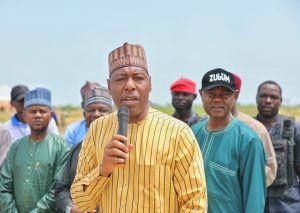 Before leaving Malam-Fatori, Governor Zulum interfaced with the military to discuss modalities to allow the returned community currently living in a temporary shelter to occupy their permanent houses.

“I am appealing to you to work out modalities that would allow the people to safely occupy their permanent houses. The only way we can get rid of the insurgency is by building the resilience of our people and allowing them to take leadership of the town” Zulum told the military.