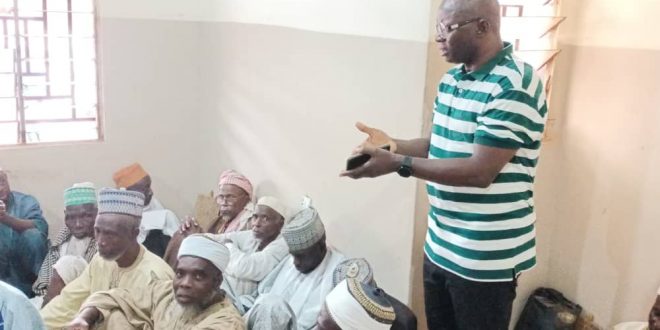 A head of this year annual Eid- IL -maulud celebrations, which marks the birth of the Holy prophets Mohammed, some Northern Nigeria Christian Clergies has commences felicitating with Muslim Ummah world wide  .
According to them, this is to sthrenthening relationships and promote better understanding and religious tolerance among the adherence of the two different faith base organization. 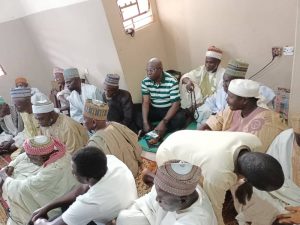 They equally called on ceaseless prayers for God to bring an end insecurity challenges.
The general overseer of Christ evangelical and life intervention ministry sabon Tasha kaduna state pastor yohanna buru make the called when he visited some of his friends Muslim scholars at Rigasa in igabi local government kaduna state.
He said, the celebration of the birth of the Prophet Muhammad “goes beyond Muslims alone this is simply because ,the prophet is for everyone mankind  , for the sacrifices for humanity .”.
Buru  pointed out clearly, Muslim should know that , Maulud celebration is not for muslims alone,simply because the holy prophet is for every one ,as he preaches peace ,love ,tolerance and unity through out his life for humanity and for mankind.
The Christian clerics note that in each and every year many Muslims organization In and outside Nigeria always invite him to come and participate in Maulud celebration, and also delivered series of lectures on Christian and muslims relationship in Nigeria and abroad and how to promote interreligious dialoque and tolerance.
While tasking Muslims to use the occasion toward praying for peace, stability and unity of the people of the country,
Buru said, he has started sending hundreds of SMS through his phone and social media to all his Muslims friends both in Nigeria and abroad since last week with the aim of strengthening Christian and Muslim relations
According to him for many years, they have been celebrating the birth of the Jesus Christ at his church to strengthening Christian Muslims relations and to foster peace and unity among Nigerians.
(we congratulate Muslims world wide at the birth of the Prophet)
The Pastor further disclosed that he had read many books about the Holy Prophet on the various roles he played in promoting peaceful coexistence among different faiths and his exemplary religious tolerance.
Additionally Pastor Christopher james from Southern Kaduna says “ we are one family under God, we must live together in peace with one another to make Nigeria great ”. 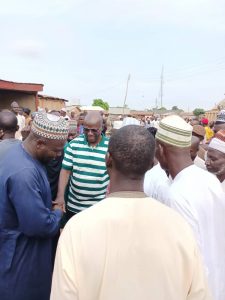 He then called on Imam and Pastors to continue to pray for Nigerian Military on peace mission, while praying to almighty God to help them toward succeeding in all their operation
They appealed to Muslims and Christians to keep praying for peace stability in the country
Share