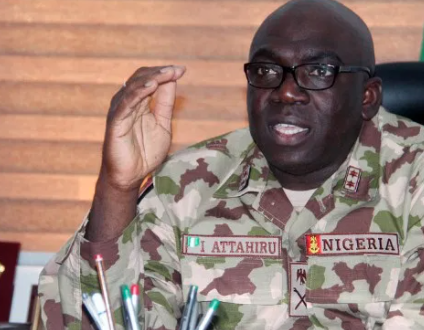 Death of COAS, 10 others, sad, big blow to war on terror, says Wamakko

Death of COAS, 10 others, sad, big blow to war on terror, says Wamakko

The Chairman of the Senate Committee on Defence and Deputy Chairman, Senate Committee on Anti Corruption, Senator Aliyu Magatakarda Wamakko, says the death of the Chief of Army Staff, Lt. Gen. Ibrahim Attahiru and ten other Military Officers is sad and a big blow to the ongoing war on terror .

This is contained in a statement signed by Bashir Rabe Mani, Senior Special Assistant on Media and Publicity,Senator Aliyu Magatakarda Wamakko and issued Newsmen, on Saturday .

” Their demise is also certainly a formidable setback to the concerted efforts by the military and other security agencies, to combat the myriad of security challenges across Nigeria .

” The late General had really reenergized the war against insurgency, banditry, cattle rustling, kidnapping and other related crimes .

” His demise at this critical time of the sustained efforts to tame these security infractions had really created a wide vacuum, too difficult to fill ,'” Wamakko, added .

Wamakko, who represents Sokoto North Senatorial District recalled his various interactions with the deacesed,saying,” he was a diligent, committed , pious, patriotic and a fine Military Officer .

” He would greatly missed and his tangible invaluable contributions in the war on terror would remain indelible .

” His death and that of other Officers that died along with him is a real national tragedy that will for long be remembered.”

Wamakko also expressed his sincere and deep condolences to President Muhammadu Buhari, the Chief of Defence Staff , the Armed Forces and the families of the fallen heroes .

He prayed the Almighty Allah to grant the deceased eternal rest , as well as give the bereaved families the formidable fortitude to bear the irreparable losses.