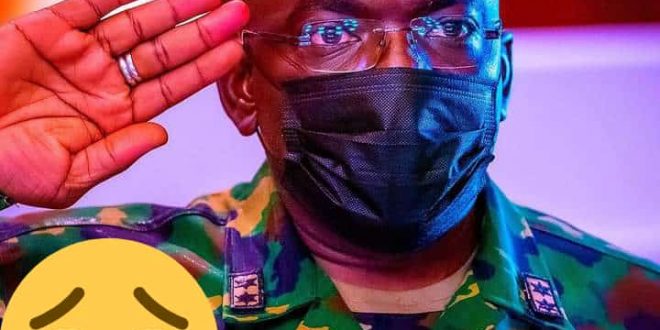 Zamfara State Executive Governor, Hon. Dr. Bello Mohammed Matawalle MON (Shattiman Sakkwato) has described the death of the Chief of Army Staff, Lt. General Ibrahim Attahiru who died in a fatal air crash in Kaduna as a monumental loss to the country and the army high command.

In a statement Signed by YUSUF IDRIS GUSAU
Director General, Media Public Enlightenment and Communications to the Governor and made available to news men revealed that

Governor Matawalle commiserated with President Muhammadu Buhar over the unfortunate and devastating passing of the Nigeria Chief of Army staff who died along with other top military officers in the air crash.

He lamented that death of such committed and determined army chief is a national tragedy and prayed Almighty Allah to reward his soul with Jannatul Firdaus and give his immediate family the fortitude to bear the loss.

Governor Matawalle recalled with nostalgia the last Service Chiefs’ visit to Zamfara State early February, the late Chief of Army staff assured him of total support and cooperation in the fight against banditry and other criminalities in Zamfara and Nigeria at large.

He added that the late COAS was a great leader who led by example in the fight against insurgency, banditry and other security challenges across the State.

As a gallant, well trained Army officer, he dedicated his life in ensuring the unity of Nigeria and its territory.

Matawalle further said that the name of the late COAS would be written in gold in the history of all Nigerian army formations in the country.

Previous Death of COAS, 10 others, sad, big blow to war on terror, says Wamakko
Next My Offer To Serve As A Mediator Was Never Political