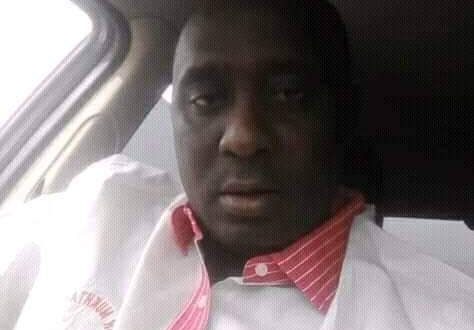 Defamation Of Character :Yakubu Lere  Demand 20m Compensation
The former General manager vision radio Kaduna Alh Yakubu lere has filed a founder mental human right case against the police and the chairman Vision media Services Umar Faruq Musa demanding payment of 20 millions as compensation.
In the suit before state high Court 9 NDA Kaduna
Alh Yakubu Lere said  he earlier filed a case of criminal defamation of character and injurious falsehood against Umar Faruq Musa before the chief magistrate court Ibrahim Taiwo road but instead of the defendant to present him self before the court,he however went to the police with a fake and biased external audit report and demand for police investigation of a matter already  before a court of competent jurisdiction.
Alh Yakubu lere urged the court to order the police to stop inviting him and direct Umar Faruq Musa to pay him the sum of 20; millions as compensation,the case comes up  on 23rd of this month for  hearing.In another development,the national industrial court Kaduna division has fixed 2nd December 2021 to commence hearing  of another suit filed by  Alh Yakubu lere demanding payment of over 4millions naira
against the chairman Vision media Services Umar Faruq and one other.In the suit,
Alh yakubu lere claimed that the chairman  deceived him into accepting the offer as General Manager of the station  by assuring him that all that is needed for him to succeed would be provided only to be told at the late  hour that ,the management doesn’t have funds for the take-up or day to day running of the station.He said he was left to source for cost of diesel of the two generators and other needs of the station.
Alh Yakubu lere also claimed that he was asked between October to December ,2019  to recruit and train staff,create contents and program schedule  of the station on a mutual understanding arrangements that he would be paid later but the chairman defaulted.
Other claims contained in a 5 paged affidavit deposed before the court include unjust 50 percent deduction of his salary for over 18 months,non payment of his commission and his out of pocket expenditure amounting to over two millions  naira.
Alh Lere told  the court that,after several demands,instead of the chairman to settle his outstanding payments, he contracted  an un licenced external  auditor to indicted him and recommended for his dismissal which was approved without following a due process.
He therefore urged the court to compel the chairman to pay him all his outstanding payments and ractify the process of his dismissal
Share