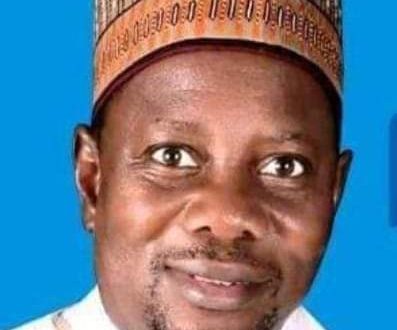 Defection Of Bello Matawalle Is The Best Ever Happened

The recent defection of Governor Bello Matawalle of Zamfara state from the Peoples Democratic Party, PDP to All Progressive Congress, APC has been described as the best decision taken by the Governor in his entire political sojourn.

Hon. Yusuf Shitu Galambi, who is a member representing Gwaram Federal constituency stated this while congratulating the Governor for bringing back Zamfara state into the mainstream of national politics by joining the leading and winning party at the national level.

In a statement issued to newsmen, Galambi said, with the defection by Matawalle, there is no doubt APC has taken the control of six out of seven states in the North-west leaving only one state to the opposition party, the PDP.

Hon. Galambi, who holds the traditional title of Ajawan Dutse, Jigawa state described Matawalle’s defection as a blessing to the party and his state. According to him: “As a colleague at the National Assembly, Bello Matawalle proved to be a defensible ally, generous, hardworking, strategist, visionary leader who is always ready and passionate to bring development to his constituency,” Galambi stated.

The Member therefore called on Governor Bello Matawalle to show magnanimity as a leader of the party in the state by carrying everyone along in order to take Zamfara state to greater heights.

Galambi further stated that the continuous defection of PDP members to APC is a testimony to the fact that the party has already taken a lead ahead of 2023 elections.

Honourable Galambi congratulated Gov Bello Matawalle on the courageous and fearless steps he has taken to move into the winning party- APC, notwithstanding the threat, mischief and intimidation by his former party- PDP, describing it as long expected.

He also called on Zamfara people to give the Governor all the necessary support and encouragement needed in order for him to take the state to greater heights, since he has finally joined the progressives.

Galambi however extended his appreciation to the All Progressives Congress (APC) Caretaker/Extra-Ordinary Convention Planning Committee (CECPC) under the leadership of its Chairman and Yobe State Governor, Mai Mala Buni, for a job well done by ensuring the smooth transition of decampees from their former parties to the progressive APC.
He commended the efforts of President Muhammadu Buhari and other progressive governors on ensuring peaceful coexistence and political cohesion among Nigerians with greater ideals of development for our upcoming generation.