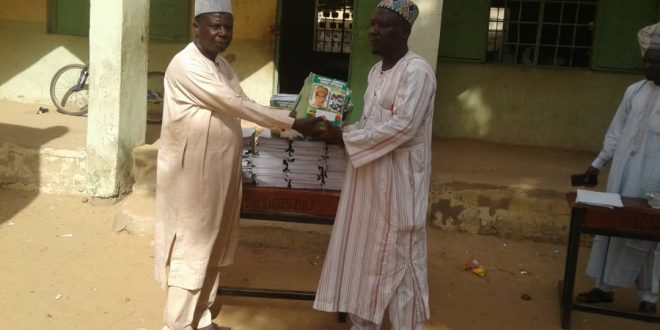 Speaking on behalf of the family, the Spokesperson of the family, Alhaji Abdulkadir Aliyu Balarabe said that the gesture was aimed at facilitating the education of the pupils.

According to him, the gesture was extended to the beneficiaries by a member of the family, Zayyanu Aliyu Balarabe Goronyo, under the Balarabe Goronyo Family Initiative that also renders free medical and educational support to indigent patients. 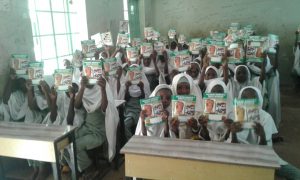 Aliyu further said that the gesture was also aimed at complementing the efforts of the govenrment in funding education .

Aliyu stated that, the funding of education is a collective responsibility that should not be solely left to the three tiers of government.

Also speaking, Alhaji Abdullahi Muhammad, an Educationist ,who is a Lecturer at the Shehu Shagari College of Education, Sokoto, lauded the donor for the unparalleled and Iinestimable gesture .

Muhammad said that, no amount of money invested on education is too much, adding, ” education is the best legacy to be bequathed on the youths who are the future leaders of the nation.”

Also speaking, the Acting Headmaster of the School, Alhaji Muntari Yahayya , expressed delight with the donation and described it as a morale booster to the pupils .

He appealed to other wealthy individuals, families , groups and organizations to emulate the late Balarabe Goronyo family, in this direction. 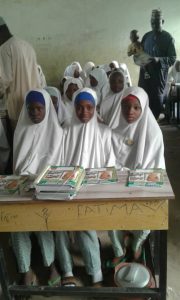 Alhaji Umar Marafa,who spoke on behalf of the parents said that, the gesture would go along way in supplementing their efforts to educate their children and wards .

It could be recalled that, the same family had donated no fewer than ten thousand copies of similar books to the pupils of the Waziri Model Primary School, Sokoto, during the 2021 International World Book Giving Day .