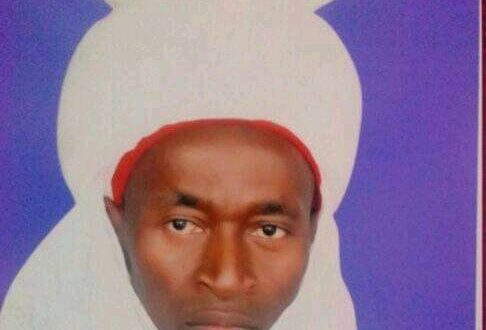 The Emir of Jama’a Emirate in Southern Kaduna Alhaji Muhammadu Isa Muhammadu (CON)has appealed to the people of his Emirate to continue restoring the lost glory of peaceful coexistence being enjoy in the area to pave way for normalcy, lasting peace and meaningful development.

The Emir made the appeal at his palace in Kafanchan during the annual breaking of fast get together he organized for Christians and Muslims stakeholders in the area and it’s environs geared towards promotion of peace, mutual respect and understanding among the people, 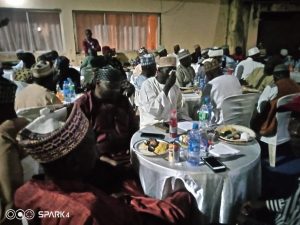 He mentioned that it is an annual event which is used to gather all stakeholders and people from all endeavors irrespective of any religious or tribal difference and walk of life. to break fast socialize and pray together for normalcy, peaceful coexistence and meaningful development in the Emirate and it’s environs.

The Emir commended security personnels and all the people that have been instrumental in insuring all crises are put under control with quick normalcy restored anytime the need arises.

While reiterating his commitment to ensuring lasting peace in the area, he said the people of his Emirate are peace loving people and are ready at anytime to live in peace and harmony with their neighbors. 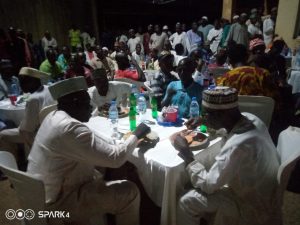 Earlier in a remark, a Stakeholder and traditional title holder in the Emirate Alhaji Garba Maisukuni stated that the Emir has been using this medium to invite people annually during the Holy month of Ramadan, irrespective of any difference cut across the Emirate to come over to the palace, share food and pray together for peace and prosperity.

Maisukuni added that the Emirate was established with understanding and without any bloodshed among the people in 1810. before the coming of the colonial masters.

In their separate addresses, the representatives of Christian Association Of Nigeria (CAN) and Jama’atu Nasril Islam (JNI) Reverend Ben Ayuba and Alhaji Iliyasu Musa Kalla expressed happiness with the Emir for his love for peace, owing to his attitudes of assisting the religious leaders in solving cases on some occasions and doing everything possible in averting crises on some difficult times in the area. 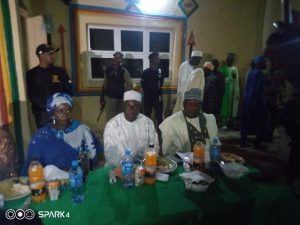 While commending the Emir for doing everything possible in averting crises on some difficult times in the area, they noted with dismay that most of the youth that are causing chaos and rowdiness in the community are special set of Muslims and Christians youths that neither go to Mosques no Churches despite the fact that they socialize together in their jungles and hideouts, they are dangerous anytime there is crisis.

The religious Organizations promised to give their support anytime the need arises owing to the fact that they want peace to reign for there would not be any meaningful development without it, and appealed to the security personnel to involve Religious leaders in their plans on security challenges in the area.

In a keen address, the Member Kaduna State House of Assembly Jema’a Local Government constituency Honourable Ali Kalat commended the Emir for organizing the event geared towards fostering unity among the people.

Ali Kalat said he is going to support any innovation that is done to promote peace in his constituency and the State in general, which prompted him to be part of the event. 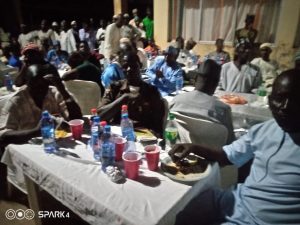 In his remarks, the Chairman Jema’a Local Government Council Honourable Yunana Markus Barde thanked the Emir for his dedication to actualization of peace in the area.

Yunana Barde said the Kaduna State Government has been committed to ensuring peace and meaningful development is achieved in the State against which backdrop it has left no stone unturned to nib the menace in the bud.

He then called on everyone to live in peace with one another irrespective of any Religious or ethnic affiliation to pave way for rapid development.