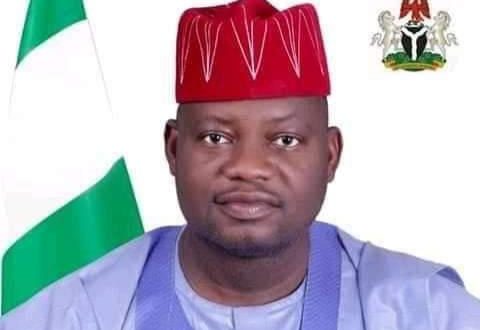 Against All odds, APC has conducted a succesful  National Convention – Ibrahim Mustapha

FROM MUSTAPHA IMRANA ABDULLAHI
A Member of the House of Representatives, representing Wurno and Raba Federal Constuency in Sokoto State, Hon. Ibrahim Al-Mustapha has commended APC members and their leadership for organizing a succesful National Convention despite all the formidable challenges.
Hon. Ibrahim Al- Mustapha revealed this during an interview with journalists in Abuja.
“Because, before now, there were many people who were saying the convention was not even going to hold, but now it has been proved to the masses that it is not the way some people were lamenting.
“But, we as Progressives, under the leadership of President Muhammadu Buhari, we came together and understood our differences, for a single reason that in party politics, there will be  disagreements, but at the end of it all, they may have the ability to over come it positively.
“APC is a party of the Generals in politics, because, there are some  that are well vast in the management of people
and resources, and also conflict management at all the time.
“So, now we are even lucky to have a person like Abdullahi Adamu as a National Chairman of the party, he is an aged person that had held  very sensitive positions in many places and he was able to delivere in all the positions he had held, that is why I believe under his leadership, APC is going to be taken to a greater height for the benefit of all.”
“I am assuring you that everyone is going to be accommodated and every interest would be look into, moreover, there is going be discipline in the party under the leadership of Abdullahi Adamu.”
On how there is going to be discipline at all levels, the House Member said,” when we talk about determination and uprightness, we mean having a successful way that everyone one is going to benefit from.
” Nigerians believe and love President Muhammadu Buhari and APC, thus, it is a party to take the country to a promised land.
“I can give you so many achievements of APC in the area of economy, security,education, health and in many sectors, unlike in the past that I don’t want to mention.”
Share