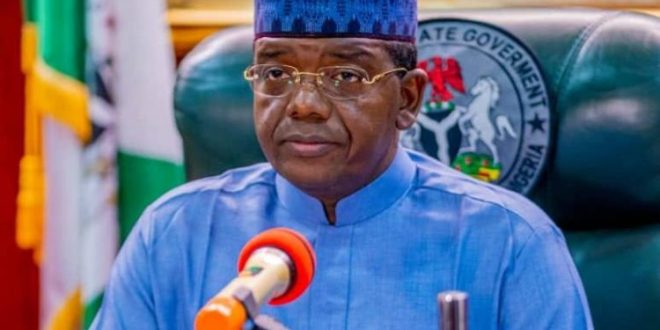 By Yusuf Idris Gusau
(An opinion)

For the doubting thomases and black opposition followers, nothing good can and would be done by the incumbent regime of Governor Bello Mohammed Matawalle in Zamfara and for the Zamfara people that they can ever see as good because they are always head bent in prayers for the government to fail in spite of the constant reminder to them that they cannot change anyone’s destiny as that will be foolishly fighting Allah’s will.

Perhaps this is the reason why these people blind folded their eyes, closed their ears and are insisting that the state governor’s pronouncement and subsequent release and distribution of welfare packages of foodstuff, beverages and clothing materials to the needy, orphans and the less privileged was condemned by them even before the commencement of the exercise aimed at cushioning the effects of the Ramadan fast so that the beneficiaries can have a smooth sail in the one month long Islamic obligation.

The distribution committee which is headed by a renowned Islamic scholar, Sheik Dr Atiku Balarabe Zawuiya have since in partnership with the state government drawn up a well coordinated programme of distribution including feeding through all the Juma’at mosques in the 14 local government areas of the state where political discrimination cannot be used in identifying beneficiaries, an idea which has never been used to reach out welfare to the people. Already, the mosques have reported receipt of the gesture which will be shared for two weeks before reimbursement is made.

Apart from the mosques, all the 2,516 polling booths are also serving as feeding centers to feed
the people throughout the Ramadan season.

These measures taken by the state government under the dynamic leadership of governor Matawalle is an improvement over last year’s feeding exercise with the sole aim to ensure all target persons are reached and already the people are expressing their appreciation for the Zamfara government effort to alleviate their difficulties.

The governor has also remained resolute against all his anti-policies and has continued to carry out his good policies for the benefit of the people he swore to serve to the best of his ability and the detractors are failing once again.