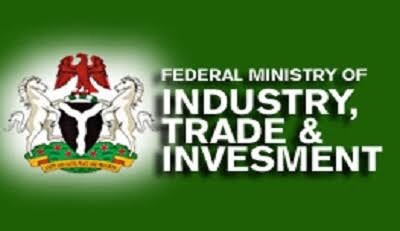 Federal Government of Nigeria has signed a Memorandum of Understanding (MoU) with the UK based Developing Africa Group to create Africa’s first Intellectual Property Rights (IPR) Commercialization project in Nigeria.

The Minister of Industry, Trade and Investment Otunba Ricard Adeniyi Adebayo, CON disclosed this during the signing ceremony held recently in Abuja.

Adeniyi further explained that the MoU will allow the Group to use IPR as a means of resolving some of the issues and challenges facing Nigeria as well as create jobs and trade services.

The Minister who was represented at the occasion by the Registrar, Trademark, Shafiu Adamu Yauri, said the pilot project, structured for 3 Years, is designed to place International Property Right (IPR), directly into some of the key issues and challenges in Nigeria as it will take advantage of technology to address some of the issues surrounding unemployment and allow rural communities in Nigeria to start attracting commercial interests.

“Since trademarks are crucial to the promotion of trade and economic development, and Nigeria happens to be one of the strong regional hubs of trade in Africa being the continent’s biggest economy, it is no surprise that it has attracted the world’s IP governing body in Abuja, as Nigeria hosted one of the only two World Intellectual Property Office’s (WIPO) External Offices in Africa, the other is hosted in Algiers, Algeria.This project according to him will assist the Registry of Trademarks in the effective administration and enforcement of Trademarks rights in Nigeria” the Minister added.

He further disclosed “Africa, in general, and Nigeria, in particular, faces an enormous challenge of industrialisation and unemployment generation given the significant population growth. The African Development Bank (AfDB) estimates that youth unemployment is twice as high as that of adults and that young people account for approximately 60 per cent of the Continent’s jobless population stressing that, the problem is only set to become more acute given estimates that some 12 million young people on the Continent enter the job market each year”.

According to the Adebayo “If you juxtapose the recent population growth on the continent and the attempts to create a common African market through the AfCFTA Agreement, then you can clearly see the need for the new WIPO External Office in Nigeria to hit the ground running.

He therefore, urged the Group to work closely with the WIPO Office in Nigeria in order to achieve there goals.

In her response the Developing Africa Group, under the Chairpersonship of Hajiya Jamila Ahmadu-Suka, assured the use of IPR as a means of creating a series of technology based projects in Nigeria including a project to make Nigeria become a zero tolerant nation for Trademark abuse with a Gig-economy mobile social media App that will create up to 15,000 jobs across Nigeria for the detection of fake labels and abuse of trademark rights and other IPR violations in Nigeria. The first of its kind in Africa.

She stressed that , for Nigeria to attract Trade and Investment, the question of Products counterfeiting, abused or fraud has to be addressed as that is one of the areas of focus for the IPR commercialization project. Using IPR to provide confidence by improving due diligence capabilities in Nigeria.

According to her, “Nigerian fraudsters have given Nigeria an undeserved reputation and the IPR commercialization project which will enable the Federal Government of Nigeria to establish a stance that will detect fraudulent actions in the field of commerce with effective and detailed due diligence and by so doing impede the fraudsters ability to continue giving Nigeria a bad name.” Jamila Suka added.

She further said ”If you juxtapose the recent population growth on the continent and the attempts to create a common African market through the AfCFTA Agreement, then you can clearly see the need for the new WIPO External Office in Nigeria to hit the ground running. She therefore, calls on the Group to work closely with the WIPO Office in Nigeria in order to achieve there goals.

In his remarks, the Founder of the Developing Africa Group Omoakin Oguntala explained that there are 3 key IPR projects that will be introduced into Nigeria namely;1,000 by 1,000 project, IPR Exchange within AfCFTA as well as African Technocratic Service , within the 1,000 by 1,000 project, 1,000 projects from all regions of Nigeria will be enrolled on the condition that they can generate 1,000 jobs in Nigeria and generate substantial revenue per year. Such projects will be put forward for private equity funding, adding that “, if 1,000 projects are able to employ 1,000 people, in the lifespan of this Pilot project, we would have created 1m jobs in Nigeria and if 1,000 projects are able to create taxable income per year in Nigeria, we would have generated huge amount of revenue to the Nigerian economy”. He added.

Second project he pointed was the IPR Exchange project, which will allow the youths in Nigeria to create ideas that can be protected by IPR and traded across Africa, a demand and supply matrix for Africa using IPR for growth and development.

“Within the IPR Exchange and under the AfCFTA, a young person from Nigeria can create an idea that is needed in countries like Lesotho, Mali, Sudan and Somalia. The IPR exchange will match the demand for solutions with the supply of such solutions without creating a migration issue within Africa” Oguntala added.

The 3rd project Oguntala pointed out is called African Technocratic service and the aim of the African Technocratic service is to allow Nigerian technocrats who have the intelligence to resolve some of the issues and challenges in Nigeria to showcase those ideas and be funded to bring the ideas to life. As Nigeria is losing most of her intellectuals to foreign countries, this service will allow the sons and daughters of nobody to become somebody in Nigeria without knowing anybody.

The areas covered by the MoU, include IPR within AfCFTA, IPR in customs and tariffs and trade facilitation; trade in services; IPR investment; protection of intellectual property rights including enforcement; trade and sustainable development; digital economy including e-commerce; trade and investment related issues pertaining to small and medium-sized enterprises; and many other areas that will follow after the pilot period.