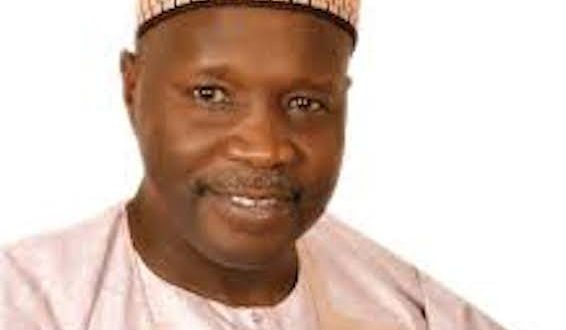 Gombe state can be described as among the most peaceful states in the country. It is on record that for a very long time of twenty to thirty years, the people have not witness any serious tribal or religious crisis except the recent Billiri Chieftaincy conflict and the Waja with Lugguda crisis that happen some weeks ago in Balanga Local government area of the state.

It is most annoying and unpardonable for people of the same ancestral history and tribal group to get into serious crisis that led to loss of lives and destruction of properties for just a reason of choosing a new traditional ruler of Tangale Chiefdom in Billiri.

What difference does it make? For the Governor to choose a Muslim or Christian as the new traditional ruler of Billiri as it has happened many times in the history of the traditional institution. Whoever is chosen is not outside the royal family and not from another tribal group and is not going to live in another town to rule from distance. Any candidate chosen by the Governor, who is given the powers by the Nigerian constitution, which we all believe in, after the selection of three best candidates from the royal houses by the selection team of a traditional ruler of Billiri. Even if the traditional ruler chosen is a Muslim or Christian, he is still from the royal family houses, a Tangale by tribe and a resident of Billiri town.

I therefore urged other tribal groups in Gombe state, who are too numerous, to learn to respect and love each other as Brothers and Sisters in respective of their religious difference. It is on record that no one can change his tribe or born outside royal family to become a member of a royal family house in anywhere. Therefore, Tangale people of Billiri town should know that one have fundamental right to religion as a Christian, you have the full backing of the constitution to convert to Muslim and live as a Muslim.

Gombawa people of Gombe state are even lucky to have Governor Inuwa yahaya who respond to crisis and conflict with immediacy by visiting the places of crisis to see for himself the level of damage and destruction of properties and to condole with the families of the deceased as well as convene a stakeholders meeting in the towns affected to encourage them to learn to live in peace and unity.

Governor Inuwa Yahaya of Gombe state is one Governor among few Governors that mobilize security agencies to crisis affected areas in time and he do not hesitate to declare state of emergency or curfew of 24 hours to any given place that is involve in tribal, religious or political crisis.

Another unfortunate tribal crisis happened recently in Balanga local government area of the state. the tribal crisis between Waja and Lunguda led to the death of fifteen people, many were injured while properties worth millions of naira were destroyed including houses, foodstuff and farm products as well as animals and vehicles.

This ugly situation must stop in Gombe state for the sake of peaceful coexistence, unity and good working relationship. Gombe state in recent past due to its peaceful nature and among most peaceful states in the country, people migrate to the place, camps for Internally Displace Persons are there, refugees find peace in Gombe as well as other business men and women in the entire country but most especially the North Eastern States that made up Borno, Adamawa, Yobe, Taraba and Bauchi.

The level of rapid provision of social amenities and infrastructural development as well as adequate security of lives and properties, the past growing economic activities such as farming both raining and dry season, cattle rearing in Dukku area where the Federal government and international organisaiton with collaboration with the Gombe state government under the able leader of Governor Inuwa Yahaya is providing thousands hectares of land for ranching with all the social amenities in place between Gombe, Bojude and Dukku forest. The Governor is working hard to see the actualization of this project, where small scale industries of diaries, meat processing industries and high breed cow’s production will move the internally generated revenue of the states to billions of naira.

I pray and hope that our Brothers and Sisters in Gombe state will remain peaceful, United, hospitable and hardworking by cooperating with the Governor Inuwa Yahaya’s administration for provision of more dividends of democracy in future.

This opinion is written by a Public Affairs Analysist and indigene of Gombe state, who is based in Kaduna and Also a staff of Ahmadu Bello University Zaria, Malam Garba Abubakar Abdulkarim Kumo.