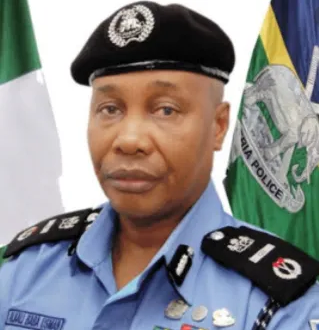 This appointment no doubt is an investment in the right direction that will inject new life, innovation and focus in the Nigerian Police especially at these trying times of different forms of security challenges.

“We are sure that President Muhammadu Buhari and the federal government have high regards and confidence in the new appointee to effectively pilot the affairs of the Nigerian police and wish him success in the tasks ahead,” the governor noted.

Similarly, the Shattiman Sakkwato salutes the efforts of the outgone IGP Ibrahim Adamu who has put in his best while as the IGP in fighting criminality throughout the nation.

The governor wishes to particularly express his appreciation in the support given to the state by the former IGP through his quick response to the governor’s requests in the fight against armed bandits, cattle rustlers, kidnappers and other heineous crimes in Zamfara especially via the deployment of various units of police special forces which have decimated criminality in the state.

Matawallen Maradun wishes the former IGP the best in his future endeavours and prays that the state will enjoy quick response when the need arises in Zamfara from IGP Usman Alkali Baba.