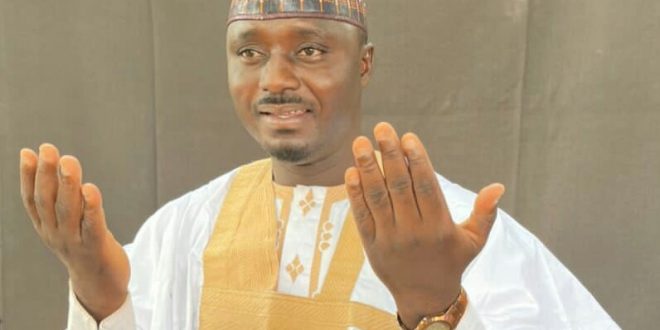 FROM IMRANA ABDULLAHI KATSINA
All progressive congress (APC) candidate that is hoping to represent Funtua/ Dandume federal constituency from Katsina state, Barrister Abubakar Ahmad Muhammad promised to work for the promoting the living standard of his people if elected.
Barrister Abubakar Ahmad Muhammad, revealed this during an interview with our reporter in Abuja.
A graduate of Ahmadu Bello University Zaria Barister Abubakar Ahmad Muhammad said he was born in the year 1980 concluded everything with an intention for service to humanity.
“My mission is to assist the youth from our constituency that is why I even go into politics, as a young politician always trying for the younger ones that are the leaders of tomorrow”.
Adding that there are many opportunities in Nigeria especially in the agric sector, so being our area as an Agricultural land that we can plant almost everything. “If elected as a member representing Funtua/ Dandume at the green Chamber I promised them alots of benefits that can take them to a promise land”, Abubakar said.
As a person that was born on 20, December 1980, Abubakar Ahmad Muhammad Said he started his primary education in Dandume and letter schools at Shaikh Abubakar Mahmud Gumi secondary school in Zaria , then ABU Zaria for his university education after that to the Law school for his LLB which after that he joins politics with an intention to help his people.
Despite the challenges I am going to see that I do my possible best to assist my people in the area of health, Agric, education and many sectors because i have my own blueprint that we are going to work with.
” I was among the founding members of APC, because i started politics with a membership of ANPP, CPC then APC now”.
I also promised the young for Job creation, scholarship for their educational career.
” My contest is not a  do or die affairs, if I win or lost ready to look for the feature”.
Abubakar Ahmad Muhammad called on electorates to give him their mandates to elect him as a representative at the federal house of representatives, as a person that is ever ready to provide good representation come 2023.
” please come out massively and cast your votes to me because if you do that, person have a right to accused or even go against a politician that is representing a community or a constituency at any level, but without vote person doesn’t have anything to say.
Share