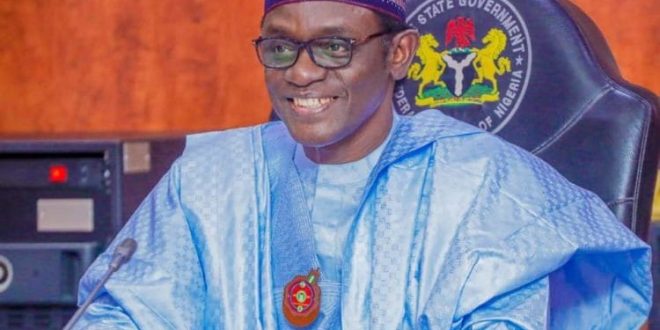 Governor Mai Mala Buni of Yobe State has congratulated Nigeria and Nigerians on the occasion of the 62nd independence anniversary of the country.

In a press statement signed by Mamman Mohammed, Director General Press and Media Affairs, the Governor noted that in spite of the challenges Nigeria had gone through, remarkable achievements have been made with improvement in the lives of the people.

Governor Buni commended President Muhammadu Buhari and the security agencies for sustaining the fight against insurgency in the Northeast, with tremendous improvement in peace and security in the region.

He expressed great hopes for a better future in the years ahead and called for unity and cooperation for a better Nigeria.

Governor Mala  Buni said Nigeria is blessed with huge human and natural resources capable of developing the country and improving the lives of the people at large.

He specially commended the good people of Yobe state for the support and cooperation extended to his administration.

“Your support and cooperation to this administration have no doubt contributed to the execution of government policies and programmes with ease.”

“The solidarity this administration enjoys from you has also inspired the government towards achieving its set goals to improve the lives of our people,” Governor Buni said.

Governor Buni assured that the government would consolidate the gains recorded in healthcare delivery, infrastructural development, education, commerce, agriculture, women and youth empowerment, and others to make life more meaningful to the people.

“We shall continue to operate an open-door government to give room for collective participation in the administration of the state” he assured.

As Nigeria approaches the 2023 elections, the Governor charged politicians to concentrate on issue-based campaigns against divisive tendencies.

“We have more issues that unite us than issues that divide us, we should therefore concentrate on the positive issues for a brighter future for the country.”

He also called on the electorate to support peaceful elections urging the youth not to allow themselves to be used for violence before, during, and after the elections.

Buni urged the people of the state and Nigerians generally, to continue praying for peace and peaceful coexistence and progress of the country at large.