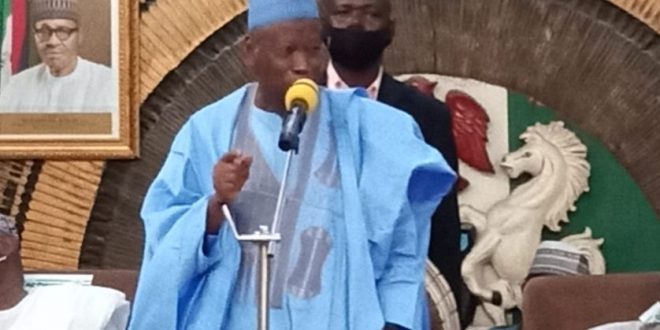 Governor Abdullahi Umar Ganduje has perfected plan to raise sensitization committees that would find out Kano citizens in diaspora and those living in other states of the federation, including Abuja, with a view to sensitize them about the dire need for effective participation in the current INEC online registration exercise. 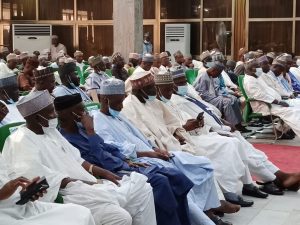 He made this known during a stakeholders meeting with party leaders at state and local governments levels, legislators, commissioners, chairmen of the 44 local governments, among others, at Africa House, Government House, Kano, Thursday, on the online registration embarked upon by the Independent National Electoral Commission (INEC).

Challenging that, “For our state to maintain the status of being a the state with highest number of members of the ruling All Progressives Congress (APC), in the country, a state that gives more votes to winning party in the country and for the overall democratic development, we just have to readjust and participate fully in this online registration exercise.” 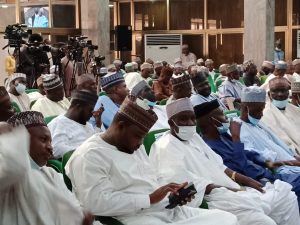 He posits that, as Kano being the state with the highest population in the country, among other factors he mentioned, “…there is every need for us to stand up and show to all that Kano is still the largest democracy in the country. We still produce highest number of votes during elections. We need to maintain that.”

“I am also directing our local government chairmen to make sure that they form stakeholders committees from Ward levels up to local government levels that would look into INEC online registration exercise. This is a task that must be accomplished,” he directed.

Adding that, “Committees for this exercise will soon be inaugurated at the state level, Emirates levels, to local governments level and down to Ward level. We want to see that our people engage fully in this exercise.”