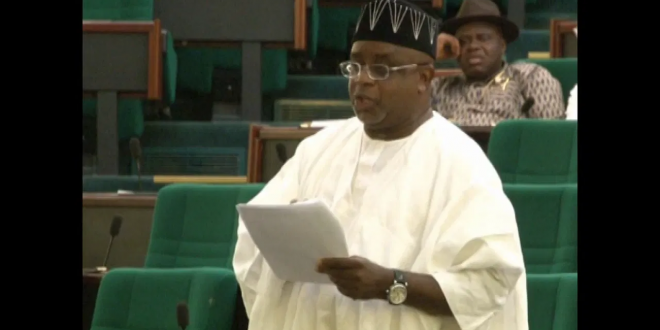 The Nigeria Labour Congress has declared nine governors as “anti-workers”.

The NLC President, Ayuba Wabba, said one of them was using the sponsor of the bill, Garba Muhammad, against the interests of workers.

Wabba spoke at the Unity Fountain, Abuja while addressing workers before they took the protest to the National Assembly complex.

Wabba wondered why some governors, who were represented during the process of negotiations refused to pay the agreed N30, 000 minimum wage.

Wabba said: “When the N30, 000 minimum wage was fixed, it was negotiated. Six governors represented the interests of the geo-political zones. We had MAN, SMSE, CCI, NECA, also on the table.

“Our demand was N66,000 – looking at the economic challenge and how the purchasing powers of Nigerian workers have dwindled, but through the process of dialogue and negotiations, including the ability to pay, on the negotiation table, we were reasonable and everybody agreed on N30, 000.

“That is how the report was submitted to Mr President. A bill went to the National Assembly, there was a public hearing and it was promulgated.

“We are then taken aback that some governors; let me mention that the governors are nine – because some of them gave us this information; they are only nine out of the 36 that are anti-workers, led by the governor of Muhammad’s home state.

“We are told and nobody has contradicted this fact, that they (lawmakers) collect N13m per month. How can he (Muhammad) say that the current minimum wage of N30, 000 is too much for the Nigerian workers?

“Can we say shame to him? We have on record that none of the legislators is ready to push this bill. The man (Muhammad) was a willing tool in the hands of politicians to push this bill that is anti – worker.

“I am sure in his family, he has workers, in his constituency, Zaria, we have workers and therefore, we have already told them to go and inform him (Muhammad) that certainly, Nigerian workers are not happy.

“He must withdraw that bill with immediate effect if he wants peace to reign in his family and in his constituency and if he wants to end well as a politician because the Nigerian workers cannot be taken for granted.”

Wabba accused a governor in the Northwest of failing to pay the entitlements of workers that were sacked.

He also accused the governor of trying to force workers who have attained the age of 50 to retire.

The labour leader added: “The governor’s next move now is that every worker that has attained the age of 50 should be retired. Is that not an abuse of office? It is an abuse of office. I have seen the circular.

“If there are people that have to retire, they are our politicians. They must also have a retirement age. Anybody above 60 should not come near politics because there is the law of diminishing returns.