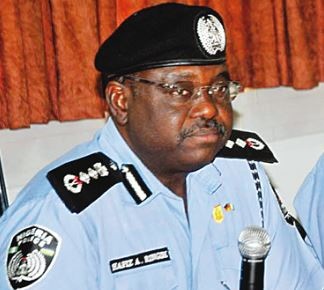 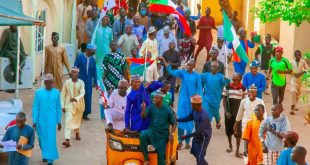 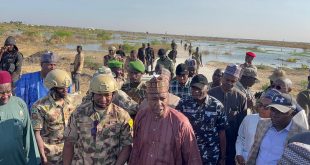 Press Statement
We mourn the death of a pillar and father, the Danlawan of Adamawa and one time Inspector General of Police, Minister of Agriculture and National Security Adviser, Alhaji Gambo Jimeta, who died yesterday.
For LCA, he was an exemplary Statesman and role model, an imposing personality who gave his best for Nigeria, as a Police Chief and Politician. We shall continue to benefit and learn from the legacies  he left behind.
We shall remember Alhaji Gambo Jimeta for his passion and hard work which led him to become a great leader with the ability to navigate difficulties, and take public criticisms with finesse and grace. He loved people, and was willing to do the hard work it takes to build lasting relationships.
For us, he was humble and this helped him to be known as someone who acted out ethically even while others in similar positions did not.
His humanity extended to his family, friends, and anyone else who knew him.
People liked him. He was easy to know, an open book. Alhaji Gambo Jimeta will be greatly missed not only by his immediate family, but also by his own community, people of Jimeta, Adamawa State and the Nation at large.
While we mourn him and pray that the Almighty Allah will forgive his shortcomings and dwell his soul in Jannatul Firdaus, we can all learn a lot about leadership and humanity by following Alhaji Gambo Jimeta’s example.
Shuaibu Usman Leman,
Ag President, LCA Nigeria
LCA means, Laka Cultural Association.
Share 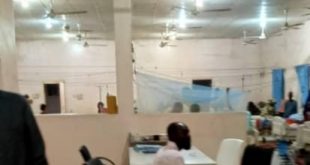