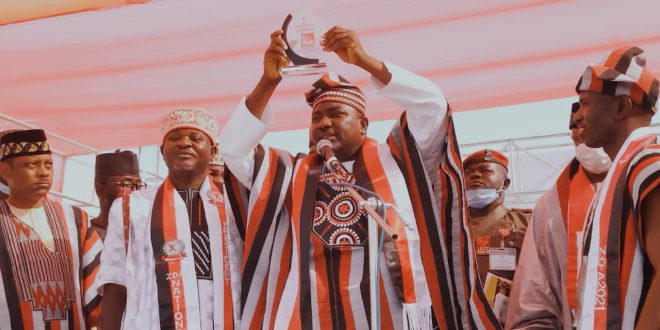 Governor Bala Abdulkadir Mohammed of Bauchi State was awarded as the most freindly Governor of the season by the Lemp-zaar community during their annual cultural celabration held at Tafawa Balewa Local Govt head quater, Bauchi.

The Governor who was represented by the Deputy Speaker of the Bauchi State House of Assembly, Rt. Hon. Danlami Ahmed Kawule has called on zaar Community to live peacefully with one another for economic growth & development,

“Istand here before u onbehalf of my boss and Mentor, the people’s Governor, H.E Bala Mohammed to celabrates with u this momentum gathering. 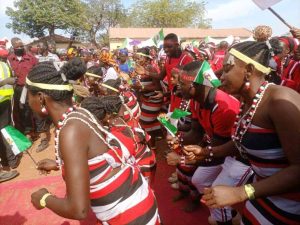 You celabrates this festival every year to maintain your long historic tradition & to promote peace, unity and love irrespective of regional or religious differences which is T/Balewa is gradually becoming a sphere of peace. I was therefore directed to donate the sum of ten million Naira Cash for the smooth conduct of the event,

On the issue of local Govt relocation & the establishment of ZAAR KINDOM, the Governor has further stated that, the Govt will work hand in hand with relevant institutions/stakeholders to do the needful in the best interest of all the affected communitiest, all we require from u is to maintain peace & order as it’s the fundamental basis for every development. 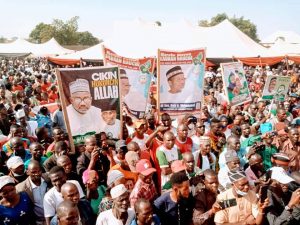 While presenting the Governor’s awards as the most freindly, through the deputy Speaker, the chairman of Zaar Community has discribed H.E Bala Mohammed as one of the best interm of appointments distribution & Allocations of projects across the state. He awarded roads projects from Malla-Lusa & Tapshin-Bogoro and gave us many political appointments which is why we reciprocated him with this awards, we thank him and urge him to continue,

The Speaker of the Bauchi State House of Assembly Rt. Honoroble Abubakar Y Suleiman, along with other BAHA members, Hon. Commissioners, executive Chairmen of the affected local Govts, head of traditional institutions among others were in attendance to graced the occasion.