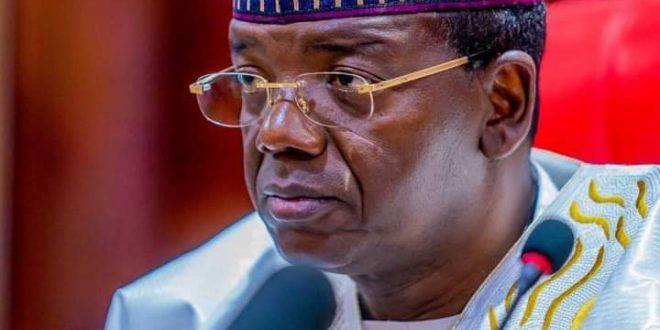 The Chairman of the All Progressives Congress APC Extraordinary Convention Planning Committee and Yobe state governor, Hon. Mai Mala Buni most certainly made the right decision, the right choice at the right time when he approached and convinced the Zamfara state governor Bello Mohammed Matawalle MON into joining the APC which came to fruition in July of 2021 with lots of anger and negative criticisms from those who felt the party was their personal property and did everything in their strength to scuttle the governor’s defection to the party.

At the turn of events however and with Buni’s insistent declaration standing by the party’s constitution that Matawalle is the APC leader in the state by virtue of his occupying the exhalted office of the executive governor, his acceptance to be in the APC has culminated into now uniting members and returning the state to a one big family under one political roof which Zamfara is reputed for.

Following the disintegration of the party just ahead of the 2019 elections which led to splinters and the formation of the G-8 which fought the political arrangement and allocation of elective seat positions by governor Abdulaziz Yari leading to complete loss of the party in that election, Matawalle’s take-over as the APC leader immediately commenced mending the broken fences by meeting all key players including aggrieved members, a step which resolved over 90 per cent of the internal crisis hitherto rocking the party.

This development was followed by negotiations, allignments and consensus enabling the party to gain more registered members in its revalidated list and very smooth, credible and acceptable congresses from the wards to the local governments up to the state level where leaders of the party emerged with Hon. Tukur Umar Danfulani leading the fully participatory State Working Committee that has been receiving the support and blessings of all stakeholders, leaders and supporters of the party within and outside the state including the National Secretariat of the party.

While all these efforts were smoothly being carried out, both the opposition and groups drawn from some APC members who have refused to revalidate their membership were busy filing 52 different court cases within and outside the state against the governor who needed the time, space and peace of mind to focus on bringing development to the state and its good supportive citizens.

Matawalle has however been firmly standing his grounds to see that peace in particular returns to Zamfara which in the past was seen as most peaceful prior to the activities of bandits, kidnappers, cattle rustlers, arsonists and other criminals who are now suffering the counter attacks by the military and being supported by the Matawalle-led administration.

In all the 52 court cases filed against Matawalle and with God, the people’s prayers and his good intentions for the state and the people, all the cases suffered Matawalle’s defeat.

Meantime, the governor is successfully working to ensure the birth of a new Zamfara, a pledge he made to the people when he assumed office as the Chief Executive of the state.