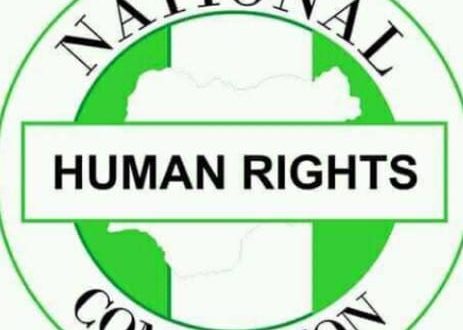 The Executive Secretary of the National Human Rights Commission (NHRC), Chief Tony Ojukwu has expressed worry over the frequent use of hate speech in the country, insisting that it has a devastating effect on sustainable peace, national cohesion, and development.

Speaking at the maiden edition of the International Day for Countering Hate Speech (IDCHS) commemorated in Abuja at the weekend, Ojukwu said something should be urgently done to check against frequent use of hate speech in the country.

The IDCHS followed the 2021 UN Resolution 75/309 which proclaimed 18 June as the International Day for Countering Hate Speech, to be observed annually.

Ojukwu expressed delight that the commemoration could not have come at a better time than now when Nigeria is gearing up for the 2023 general elections.

He however lamented that “the run-up to the general elections in Nigeria is usually characterized by the blatant use of provocative, strong, and derogatory hate speeches by political actors and persons who are inclined to their political interests”.

According to him, “these speeches have raised strong feelings of resentments typified by religious and ethnic/tribal negative labeling among the people.”

He warned that the menace of hate speech also occurs in places of worship where some religious leaders have joined the foray of spreading hate speeches, adding that “the uncontrolled use or misuse of the media especially the social media to spread hate messages is detrimental to the growth of any nation”.

Thr UN Resident Humanitarian Coordinator in Nigeria, Mattias Schmale, who apparently was in agreement with Ojukwu’s assertion, said “new technologies of communication have amplified the scale and impact of hate speech”.

He said: “Social media and the internet are now the most frequent methods for spreading divisive rhetoric and ideologies on a global scale”.

The UN envoy who was represented by Ajwawura Kufuer said “If left unchecked, hate speech can harm peace and development, lay the ground for conflicts and tensions, undermine social cohesion, and contribute to wide-scale human rights violations and atrocity crimes”.

He cautioned that “the world must not trample on freedom of speech and expression, but when speech is weaponized to violate the rights of others it must not be met with deafening silence”

While disclosing the effort of the UN to check the menace, Mr. Schmale said all hands must be on deck to address the devastating effect of hate speech. “We are also currently developing a UN-wide Hate Speech Strategy, we count on your support in ensuring the strategy will be translated into effective action,” he said.

In his presentation at the event, the Special Assistant to the Executive Secretary NHRC, Mr. Benedict Agu said in line with its mandate, the Commission has collaborated with the MacArthur Foundation in  carrying out activities  aimed at  mitigating hate speech in 2015. According to him, these include treatment of Complaints and holding Public Hearings across the geopolitical zones in Nigeria, for the purpose  of ensuring accountability for persons involved in hate speeches and election-related violence. Mr. Agu added that Public education and sensitization campaigns against hate speech and election-related violence were also carried out by the Commission.

As for the Executive Director of CLEEN Foundation, Ms. Ruth Olofin, hate speech is a global phenomenon. She stated that sometimes leaders are guilty of the crime of hate speech and that this can only disunite us rather than unite us as a country. She further advised against taking advantage of certain security situations as excuses to address people in a derogatory manner e.g Fulani herdsmen, and other similar derogatory statements about people and their ethnicity.

The Programme Manager, YIAGA ARICA Ibrahim Farouk said the best way for citizens to get rid of hate speech and fake news is by working together as a network to e