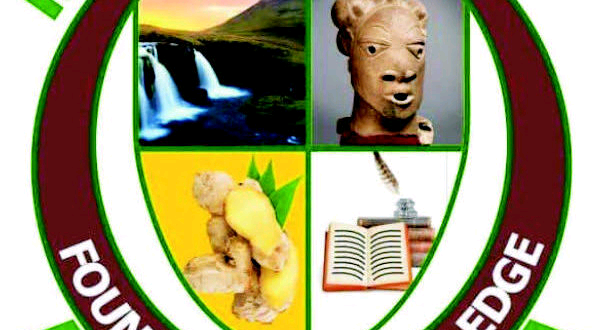 NOK University To Roll Out Admission With 15 Courses — Official

By Salisu Sani-Idris
The NOK University, Kachia, Kaduna State has roll out 2020/2021 academic session with 15 science oriented courses to equip prospective graduates with requisite skill needed for national develoment.
In a  statement released by Mr Adamu Marshal on behalf of the University, on Monday in Abuja stated the National Universities Commission (NUC) approved the commencement of academic activities in the university with the departments of Cyber Security, Physiology and  Anatomy.
Marshal explained that other courses were Bachelor of Medical Labratory Science, Bsc. Radiology, Bsc. Health Information, Bachelor of Nursing Science, Bsc. Architecture, Bsc. Quantity Surveying and Bsc. Environmental Management.
” Others are Bsc. Microbiology, Bsc. Biotechnology, Bsc. Industrial Chemistry, Information Technology, Bsc and Computer Science,” he said.
He, therefore, advised interested candidate to visit any JAMB approved CBT Centre to change their institution of choice to Nok university, Kachia, Kaduna.
theshieldg.com  reports that the university was among the 20 private universities recently approved by the Federal Executive Council meeting in Abuja.
Following the approval of the university by the Federal Government through NUC, the Board of Trustees of the institution appointed Prof. Ishaya Nock as the institution’s first Vice Chancellor.
His appointment out of 3 candidates, followed the recommendation of the Governing Council at its meeting held in Abuja.
Similarly, the board also approved the appointment of Mr Obadiah Joshua as the pioneer Acting Registrar of the university pending the appointment of a substantive Registrar.
Share