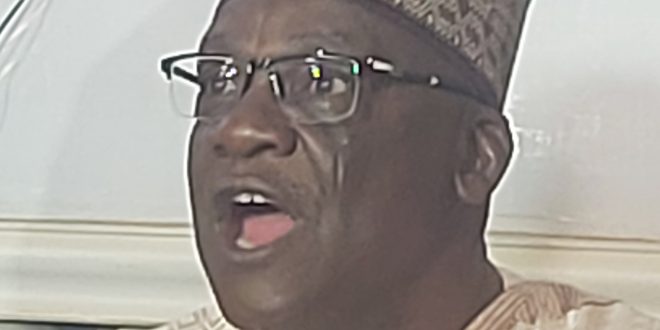 The Director Media and Publicity , Presidential Support Committee (PSC) on the achievements of President Muhammadu Buhari in Kaduna, Engineer Kailani Muhammad has said the discovery of oil deposits in the North will put an end to the much touted and misplaced propaganda that the North is dependent on the South for sustenance.

He expressed satisfaction that finally President Muhammadu Buhari broke the jinx of Oil and Gas economy politics by dragging the net around the country in his efforts to beef up the nation’s treasury trajectory.

The Chief Executive Officer of Northern based Liberator Newspapers, however said Nigerians should know that , “The oil and gas discovered in Gombe and Bauchi cannot be consumed by the indigenes of the two states alone, but it is for the benefit of the entire nation.

“What the generality of Nigerians want is; the diversification of the economy by the state Governors who wait in overseas locations only to come back to Nigeria when the free money from the Federation account is ready for collection.” He added .

Engineer Kailani Muhammad who stated while briefing journalists at the weekend on the giant strides of President Muhammadu Buhari in Kaduna in the Oil and Gas Sector, said the discovery of oil and Gas deposits in the North will boost the capacity to transform Nigeria’s energy potentials and rank as one of the greatest global energy boardrooms.

According the Engineer Kailani ,who is also the Coordinator of Network for Election Education, Sensitisation and Awareness, apart from the Gombe Bauchi discovery, there are other locations in the Northern part of the country with large deposits of hydrocarbon.

While noting that the deposits will generally impact on the Nigerian economy, he appealed to President Buhari to ensure that explorations in these new locations begin before he exits office in 2023.