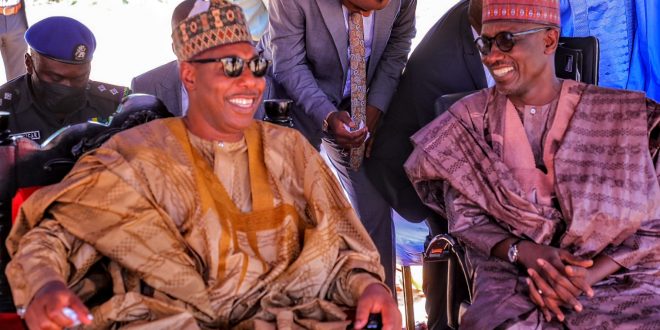 Governor Babagana Umara Zulum has, on behalf of President Muhammadu Buhari, laid the foundation stone for construction of 50 Megawatts Emergency Power Plant, being funded by the Nigerian National Petroleum Corporation, NNPC, in Maiduguri.

The gas plant was approved by President Buhari as part of measures to address power outages caused by attacks on existing federal government’s electricity installations by Boko Haram insurgents which has left the city without power supply in the last nine months. 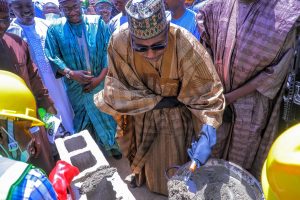 Performing the groundbreaking on Thursday in Maiduguri, Zulum said the plant will impact positively on the economy of the state, noting that the huge intervention will bring relief to the entire state which is why his administration would work with all stakeholders to ensure smooth delivery of power.

The governor recalled that in the last nine (9) months, Boko Haram insurgents have concurrently damaged 33KVA transmission tower lines along Maiduguri-Damaturu highway, thereby hampering all efforts to restore power in the capital city. 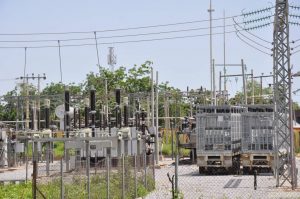 The governor expressed Borno’s appreciation to President Buhari, Group Managing Director, NNPC, Mele Kolo Kyari, who hails from Borno State, and all high level stakeholders who played key roles towards the takeoff of the power project.

NNPC’s Group Managing Director, Mele Kolo Kyari, gave assurance that the project will be delivered in good time, noting that orders have already been placed for turbine and other facilities. 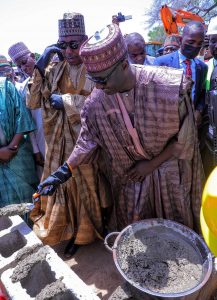 The project will be jointly executed by a Chinese firm, China Machinery Engineering Company, CMEC and General Electric, GE. While the Chinese firm will execute the engineering, procurement and construction contract, American firm, GE, would manufacture the equipment for the Emergency Power Project in Maiduguri. 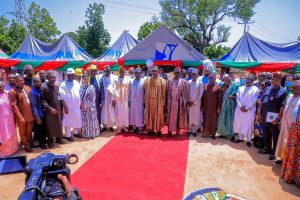 The groundbreaking was attended by Borno’s Deputy Governor, Umar Usman Kadafur, Speaker of the State House of Assembly, Abdulkarim Lawan, top officials from the NNPC and contractors for the project, political leaders and top officials from Borno State Government.