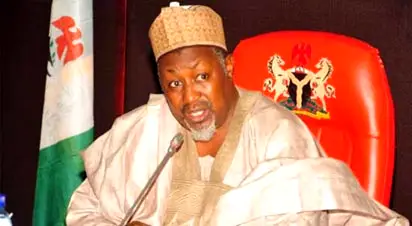 Plot to remove Speaker of Jigawa state House of Assembly thickens, as Serving Senator fingered in the crisis.

An allegation against a serving Senator from Jigawa state has commenced smear campaign of columny to destroy reputation and plot the removal of Speaker of Jigawa state House of Assembly, Hon Garba Idris Jahun.

The Senator who is nurturing ambition of becoming next Governor of the state in 2023 was making frantic efforts to destroy reputation of Speaker by coercing some members of the state house of Assembly to commence the impeachment process of the present speaker of Jigawa state after failing to convince the Governor Badaru to blessed his motives some few weeks ago.

The recent meeting with some APC stakeholders from his senatorial zone, held at his residence according to a member who preferred not to be named, confirmed that, the Senator threaten openly to deal, destroy and remove the Speaker from office after his failure to coerced him in accepting greek gifts for automatic support as only qualified person to take over after Governor Badaru’s tenure end in 2023.

According to report, the Speaker is seen as a die hard of Governor Badaru and will never abandon to give his endorsement for any political class in the state.

Some reliable sources have confirmed the hatchet job of impeachment has commenced in earnest with a member from Ringim Constituency, Hon Aminu Sule Sankara allegedly spear-heading and recruiting members of the state house of Assembly for endorsement of this hatched job on behalf of the Senator.

There are indications that, the Senator in the middle of this crisis is looking at the Speaker as a threat because of his independent minded views, loyalty and support enjoyed from governor and being a trusted ally who is expected to be part of the deciding factors of who becomes next governor after Badaru.

Another member of the Jigawa state House of Assembly who confide with this reporter, said, already Governor Badaru has bluntly rejected this plot, and shower his support to the Speaker.

Thereafter, the Senator and his cohorts are now looking for getting others from those who collected his money so as to effectively commence and announce the decision of sacking him on the floor of the house when it’s good enough or next week, said anonymous member.

According to source who attended the meeting few days ago at the Senator’s residence, testified that, there are indications of nominating two names, Musa Suleiman from Dutse constituency or Hon Isah Idris Gwaram as replacement for the Speaker after the impeachment.

So far, there is no reaction from the state government on this movement.