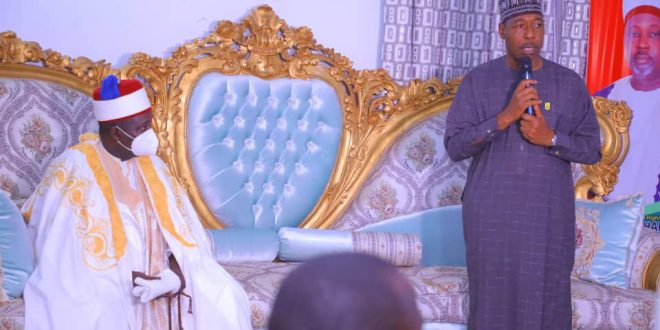 The Governor announced the ban on Friday at Gwoza emir’s palace when he paid a homage to the emir, while on official engagement in the local government.

The Governor expressed displeasure over the conduct of youth during his visit. He cautioned politicians breeding thugs to desist from such attitude. 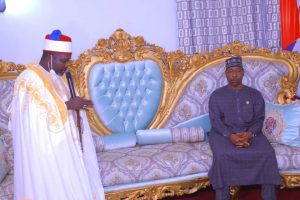 “As government we embarked on various initiatives to empower our youth to make them meaningful members of the society. I am very embarrassed today, looking at the youth all with posters of politicians shouting and terrorizing people.”

“I don’t like this kind of attitude, let us try as much to avoid engaging these youth in a political thuggery.”

“You the politicians are the ones engaging them on such unholy attitudes, let me be frank with you, this does not in any way show your popularity. This will not in any way impress me, I don’t like this rowdy behaviour.”

“I have banned thuggery in Maiduguri and like the last time in Biu, Gwoza cannot be an exception. Let me warn all of you, as from tomorrow I have directed the security agencies to arrest anyone parading as political thugg. Zulum said.