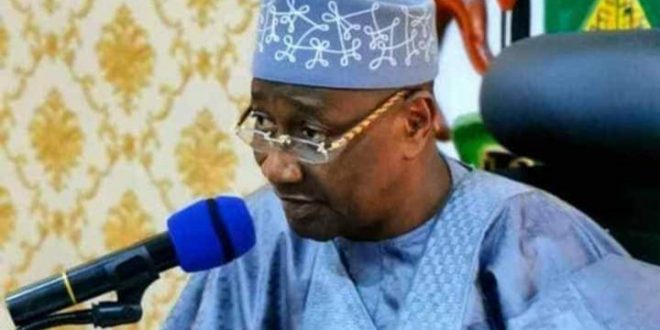 Kano state government has said that the Task Force Committee on Land Use Charges sealing of a one-storey building along Murtala Muhammad Way which accommodated many offices including the chamber of a lawyer who won a case against the All Progressives Congress (APC) over the conduct of its ward congresses was but a mere coincidence.

A statement by the state commissioner for Information, Malam Muhammad Garba indicated that contrary to the media report, particularly online platforms, there was no any link whatsoever between the sealing of the office and outcome of the court ruling.

He said officials of the Task Force Committee on Land Use Charges of the state Bureau for Land Management working in conjunction with the state Internal Revenue Service (KIRS) were on their routine assignment of enforcing payment of land use charges as part of effort to enhance the state revenue generation drive.

Malam Garba pointed out that according available record at the bureau, the property at C14/C16 Murtala Muhammad Way belongs to Isyaka Rabi’u & Sons not the said lawyer, Barr. Nureini Jimoh and it was sealed by the committee after it issued a demand notice to the owner on September14, 2021 and later a warning notice after failing to respond to the demand for the payment of outstanding ground rent for a period of five years (2016-2021).

The commissioner further explained that during its operation, the committee had sealed seven other defaulting properties on December 1, 2021 on same Murtala Muhammad Way as well as in other part of the state that included those along Zoo Road, Zaria Road and Ibrahim Taiwo Road.

He stated that as far as the matter is concern, the committee or the bureau only deals with the property owner not the tenant renting it and dismissed media report linking it with the recent political development in the state.