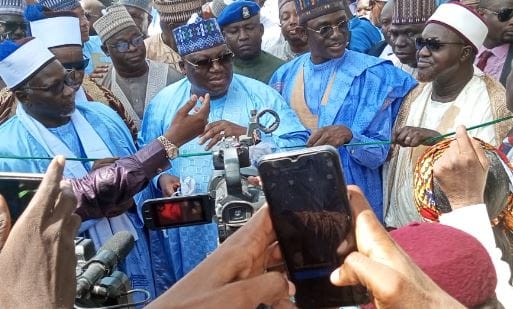 In his welcome address, the Chairman of Bade Local Government Council, Sanda Kara Bade said that the people of the area are highly appreciative of the project and thanked Governor Mai Mala Buni for the execution of various people-oriented projects in the area.

In his goodwill message, His Royal Highness, the Emir of Bade and Deputy Chairman Yobe State Council of Traditional Rulers, Alhaji Abubakar Sulayman, equally appreciated the Governor for the construction and commissioning of the Gashua Ultra Modern Market.
.
“The people of Gashua will ever remain grateful to you,” the Emir said.” 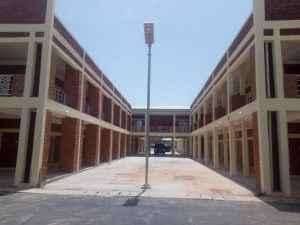 On his part, the Commissioner Yobe State Ministry of Commerce, Alhaji Barma Shettima described the new market project as standard and the quality of the project is in conformity with the global standard that will provide a conducive environment for business activities.

In his vote of thanks, the Chairman of the Bade Marketers Association, Alhaji Babangida Sabo, on behalf of his members thanked Yobe State Government under Governor Mai Mala Buni for the project saying that it will go a long way in boosting their economic activities.

Responding, Governor Buni said, the market is registered as a limited liability company, and a board has been constituted to steer the affairs of the market.

He added that the market will stimulate economic activities and boost the economy of the people of the area. He appealed to the management to avoid leakages by remitting the revenue appropriately to the government.

Speaking also, the President of the Senate Ahmed Ibrahim Lawan in return said that because of the effort of the governor, the SAIL foundation is donating the sum of N200 million naira for 400 small-scale traders, small-scale and farmers to boost the economy of the area.

He added that each of them will benefit the sum of N500,000 respectively.

The president of the Senate also promised to make another empowerment in next month of October by the will of Allah.