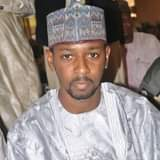 Gyamgyam and the misfortunes of falling into the pitch of turds woefully crumbled while trying to wash the excrement off his principal along with some buccaneers, Zamfara Deputy Governor, Barr. Mahdi Ali Gusau who evaded them while wrongfully and witlessly ammassing funds meant for the logistical needs of the office.

I read a news story on Thunder Blowers online television credited to the Principal Private Secretary to the Deputy Governor, Barr Mahdi Ali, by one Umar Aminu (Gyamgyam) trying hard and failing loud in defence of the transgressions of his principal’s gross misappropriation of N700 million funds meant for the running of the office of the deputy governor, for which I earlier called on the Zamfara State House of Assembly to investigate.

We still incontrovertibly urge the state House of Assembly to look into all the allegations we raised and will be raising against Barr. Mahdi Ali Gusau and do the needful while using the dragnet to pull in those defending him to the detriment of the good people of Zamfara on tax payers money.

The person failed to provide the correct data of the months and the money they collected from the state Ministry of Finance for the period of 24 months, effective from June 2019 to May 2021, perhaps because Gyamgyam did not know when the Deputy Governor turned round behind everyone including his PPS to collect such money.

Although, I initially decided not reply him but in order to put the records straight and inform our dear people on how the state Deputy Governor, Barr Mahdi Ali Gusau misappropriated the sum of 700 million naira by diverting same for his personal use.

The total sum of 700 million naira was released to the office from June 2019 to May 2021, with the exception of only two months, June and July, 2019 when the office was given 20 million naira, in the remaining 22 months, the office received 30 million naira as reviewed and approved by the magnanimity of Governor Matawalle in trying to make his Deputy work with ease, so if you calculate 30 million times 22, it will give you 660 million plus the 40 million of the months of June and July, before the review, will give you a total of 700 million and even the APC is in position of the photocopies of all the cheques and the payment vouchers of all the 24 months from June 2019 to May 2021. Unfortunately and shamelessly too, the PPS didn’t have the correct data of how much his principal collected but rushed under his ignorance to the press where he ended up embarassing his principal before the public.

He also claimed that his principal, Mahdi Ali Gusau, used the money to sponsor some people to study at ZACAS, COE, Maru, Al-Hikmah University and FCET vindicating the APC on the misappropriation of the office funds by Mahdi because the money was appropriated to cover for transport and travelling, Utility Services, Purchase of office stationeries, maintenance of office furniture, Equipments, Vehicles, Staff training and development, Purchase of working materials to the press, monthly welfare and feeding of security personnel attached to the office but all these were denied the respective subheads as the deputy governor resorted to gross abuse of the office funds to his personal use which is an impeacheable offence

We strongly want the PPS to come and defend these expenditures because he is the only person that knew how they diverted the money qualifying him to be among the prime suspects of the entire shoddy act of misappropriation.

It is on record that since Mahdi assumed as Deputy Governor, he refused to give all the offices their entitlements including monthly welfare, Sallah and Ramadan packages as contained in the office budgetary provision and every day, the staff cursed him and prayed for God’s intervention for them which I believe is what caused him his present political predicament, calamity and confusion.

How can a stingy person like him who cannot support anybody financially ‘even if the person will die,’ which is his popular slogan, even sponsor those claimed as amplified by the Jabakas who is also under misappropriation and diversion of public funds probe, they should back their claims with facts and figures like I just did above.