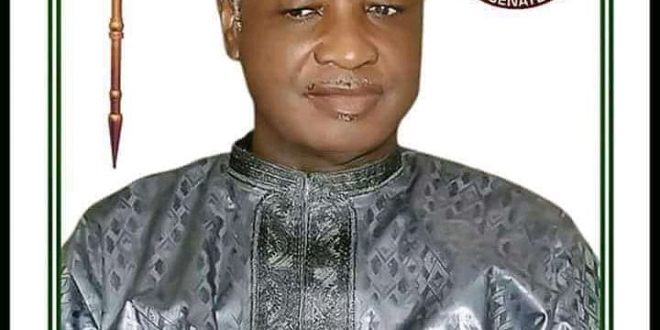 Wamakko bewails killing of 21 persons by bandits in Gandi town

The Chairman of the Senate Committee on Defence and Deputy Chairman, Senate and on Anti Corruption, Senator Aliyu Magatakarda Wamakko, has bewailed the recent killing of no fewer than twenty one innocent persons by bandits ,in Gandi town, Rabah Local Government of Sokoto State .

Bandits had penultimate Wednesday, struck at the town, killing the inncoent pesons in cold blood, with many of the casualties believed to be members of the Vigilante Groups ( Yan Sa Kai).

Several other persons were also maimed, with some of them currently receiving treatment in various Hospitals, while the hoodlums had also rustled various livestock, just as they had carted away assorted household wares.

Reacting to the sad development, Wamakko lamented that, such attacks had now become more prevalent, usually with dastardly unpalatable consequences .

He prayed the Almighty Allah to grant the deacesed persons Aljannat Firdaus, as well as grant speedy recovery to the injured ones .

The former Governor of the state also expressed his condolences to the families of the vicitms, people, Rabah Local and Sokoto State Govenrments.

Wamakko further reiterated the unwavering commitment of the National Assembly to further safeguard the lives and properties of all peaceful and law abiding Nigerians.