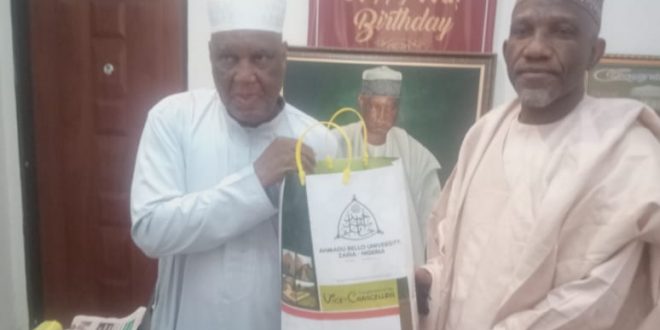 Ahmadu Bello University over the years earned for itself great values because of its known academic excellence and that such cherished glory should not be allowed to diminish, elder statesman Col. (rtd) Sani Bello has said.
Col. Bello, a one-time Military Governor of old Kano State between 1975 and 1978, noted that the premier institution still remained the flagship of universities in the North.

In a statement Signed by Public Affairs Directorate, Office of the Vice-Chancellor,
Ahmadu Bello University, Zaria made available to newsmen revealed that.

Speaking when he had an audience with a delegation from the University led by the Vice-Chancellor, Prof. Kabiru Bala, at his Kaduna residence, the former military officer turned successful businessman stressed that the Institution must be supported to sustain its traditional mandate of teaching, research and community service.

The visit to the elder statesman by the Vice-Chancellor and his encourage was part of sustained efforts towards reaching out to key stakeholders for the sustainability of the University.

The former military governor, who said he felt honoured for the visit, appreciated the huge number of the University alumni spread all over the country and beyond. 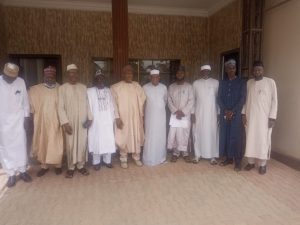 The elder statesman also stated that ABU had no cause to complain of insufficient funding given its strong and influential alumni working in public and private establishments in Nigeria and in the diaspora, saying the University should have more than enough by now for its sustainability.

As part of his support to the Institution, the business mogul announced a N50 million donation to the citadel of learning in addition to pledging to intervene in the Institution’s electricity challenges with a view to tackling the problem.

The Vice-Chancellor, Prof. Kabiru Bala, had earlier in his remarks told the former military governor that ABU had undoubtedly attained an enviable status and it was still growing.

Prof. Bala stated that the University had nurtured, and still nurturing several public and private universities within and outside Nigeria, stressing however the need for long-term plans, with clearly defined objectives, the central focus of which should be its sustainability.

The Vice-Chancellor also explained that the University must pursue excellence in its primary businesses of teaching, research and community service to be able to become a leader in innovation and be among the top 100 universities in the world in line with its vision.
On the electric power challenges, the Vice-Chancellor further stated that the University had been faced with perennial acute shortage of power supply from the national grid at ever-increasing tariff cost, which is forcefully augumented with diesel-powered generators in the face of dwindling funding of overhead allocation from government.

“With the average of N120 million annual budgetary allocation for overheads over the past years, yet the University spends nearly one billion Naira (N1 billion) per annum to pay electricity tariff only in addition to annual consumption of over 500,000 litres of diesel”, he said.